iPadOS 16 Not Showing Up On iPad (Not Available? Fix?) 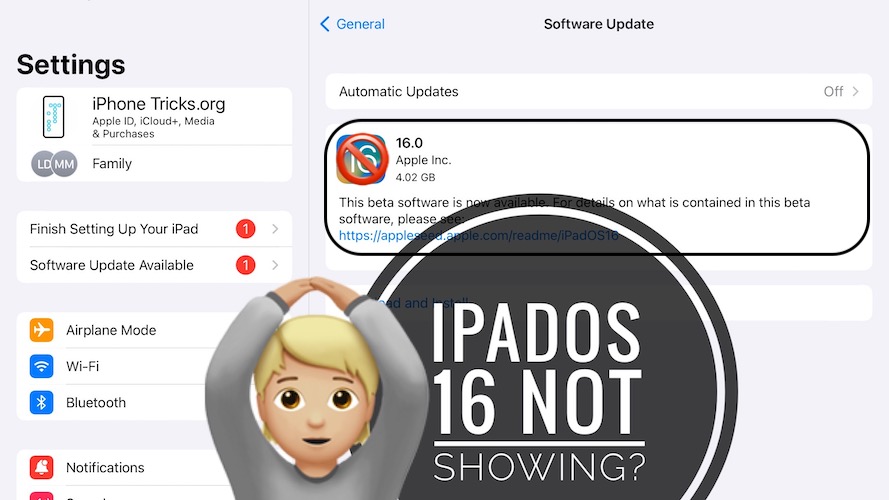 iPadOS 16 not showing on iPad

Is iPadOS 16 not showing up on iPad? You’re sure that your device is compatible with it, but you’re getting iPadOS 15.7 update instead? Don’t worry, it’s normal, because Apple has decided to delay iPadOS 16 until sometime in October!

iPadOS 16 Not Showing Up?

A series of readers are complaining that this update is missing from their iPads:
emily22 wrote: “ios 16 not available on ipad! help please.”

However, this isn’t a bug. Apple has decided to delay the release of iPadOS 16 for October, because the new Stage Manager feature required a lot more fine tuning, according to a report published by Bloomberg over a month ago. 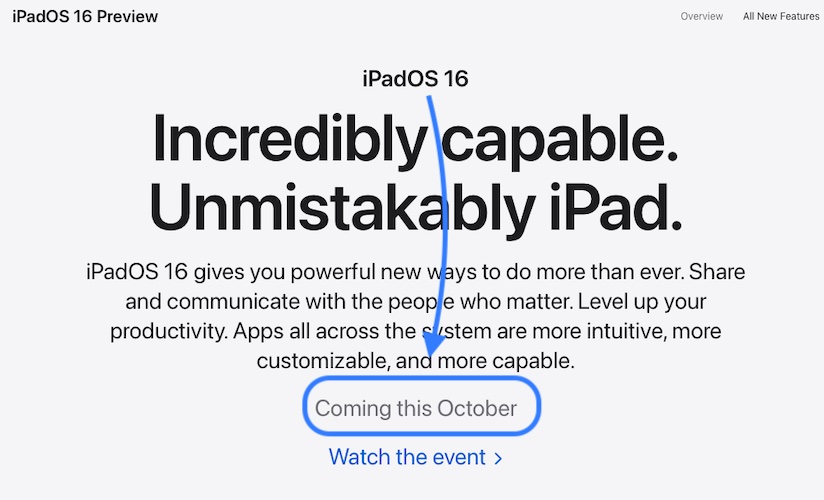 How To Fix iPadOS 16 Not Available 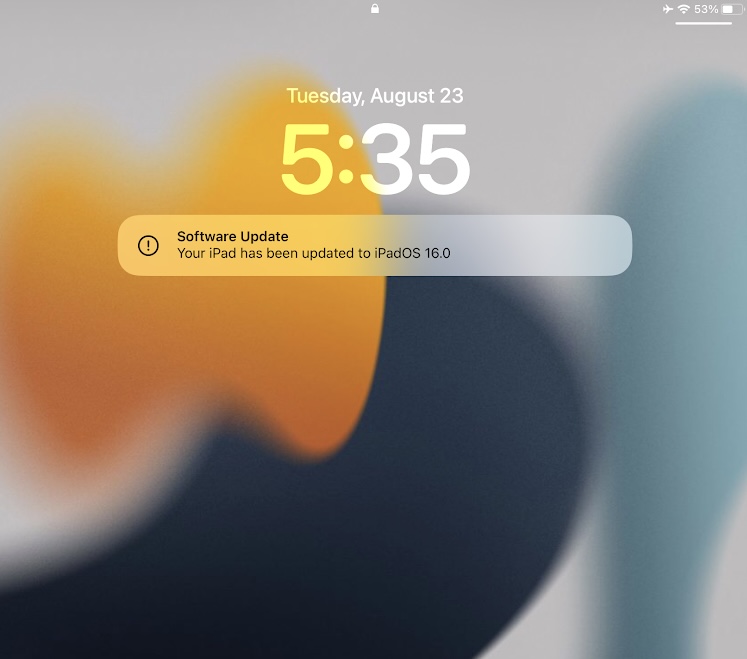 If you can’t wait any longer you have the option to install the iOS 16 Public Beta on iPad.

This is a test version that will come with its series of bugs and glitches and Apple doesn’t recommend it to be installed on your main device.

Fact: At the moment the most recent public beta is in fact installing iPadOS 16.1 on your iPad, which hints that Apple plans to release the new iPadOS together with iOS 16.1 in October. 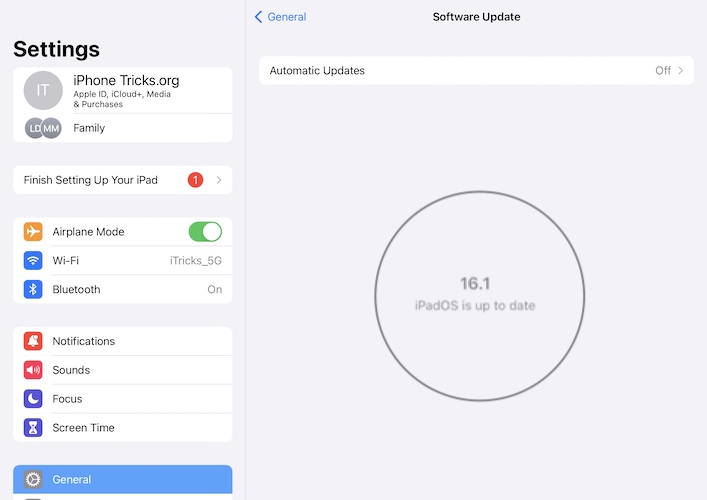 How To: If you decide to install iPadOS 16 Public Beta you have to enroll your iPad by downloading the iPadOS 16 Configuration Profile. A step-by-step guide is available here.

Important: If you’re using a VPN on iPad, refrain from installing iPadOS 16.1 beta. A bug is rendering VPNs unusable in this release.

If you’re worrying about security vulnerabilities, Apple has released iPadOS 15.7 which brings all the security patches that come in iPadOS 16 and iOS 16.

We do recommend you to update to the most recent public release and be patient until October.

Have you installed iPadOS 15.7 or you went for the beta? What’s your feedback? Do you have any other questions? Use the comments section!

Related: Planning to update iPhone to iOS 16? Read here what bugs to expect in this early days.

5 Responses to iPadOS 16 Not Showing Up On iPad (Not Available? Fix?)