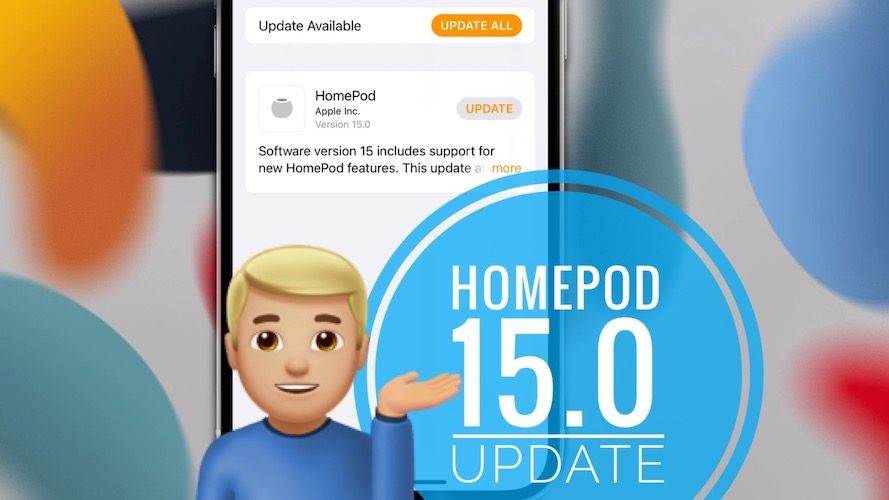 Apple has released HomePod 15 software update for the original HomePod and the HomePod mini. This significant update brings a series of new features that integrate in Apple’s ecosystem alongside iOS 15 and tvOS 15. Bug fixes and stability improvements are also included in this release.

HomePod software update can be installed automatically if this setting is enabled.

Even with the device set to auto update, you can rush the process by opening the Home app, long-pressing on one of the available HomePod. Scroll down the card to the settings section, on the HomePod card and this will trigger a search for a potential software update. 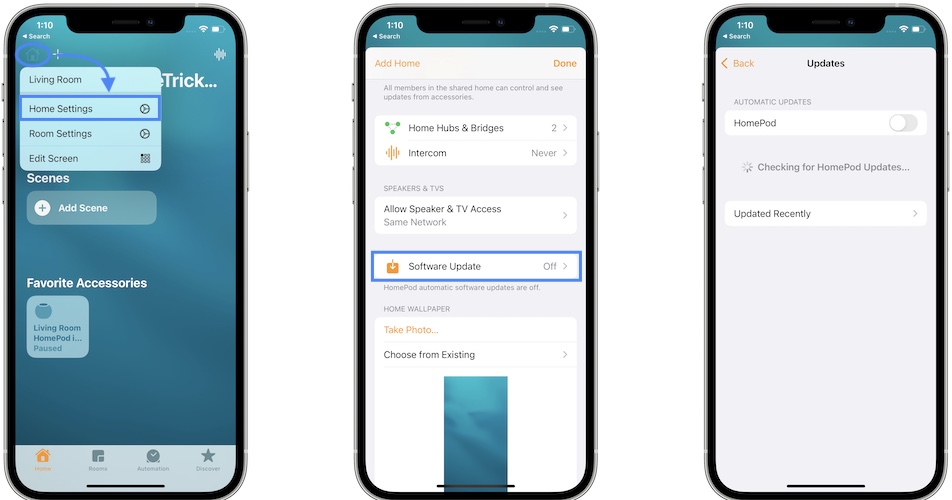 Tip: You can also search for a software update in Home -> Home Settings -> Software Update.

When the update is found, the HomePod will start to download it automatically.
Fact: The HomePod 15.0 update file size is 467.7 MB large.

Tap Update to install the new software on the current HomePod or use Update All if you have more Bluetooth speakers to have HomePod 15.0 installed on all of them simultaneously.

Agree with Apple’s terms and be patient until the update is installed.

Check the screenshot available nearby to and read the HomePod 15.0 release notes: 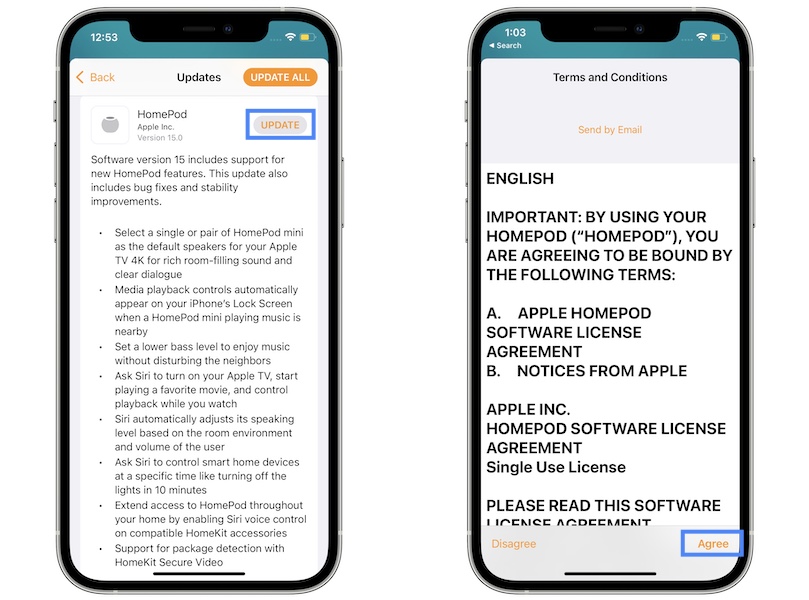 Tip: For the security content of this update please visit: 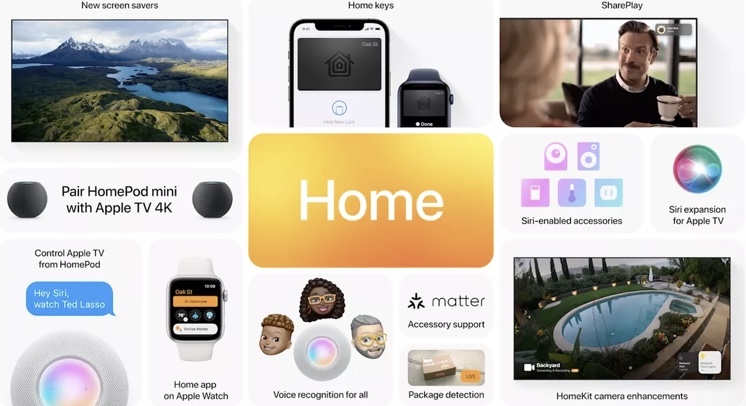 Problems reported for version 15.0 will be listed here, along with available workarounds and fixes:

Has your HomePod updated to software version 15.0? Are you finding the new features useful? What about bugs? Do you encounter any annoying issues? Use the comments section to share your feedback!