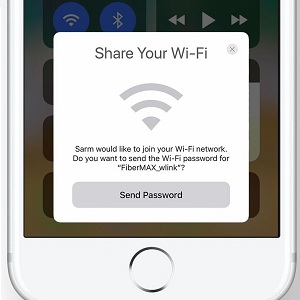 iOS 11 is packed with new features and changes and our reviews of the upcoming iPhone and iPad OS iteration continue with a great Wi-Fi sharing trick that allows you to quickly import Wi-Fi passwords from one iOS device to another, just by holding them in close proximity. Of course, that both devices have to run iOS 11 for this feature to work. You can easily connect an iPhone to a Wi-Fi network already known by your iPad and vice-versa.

This is similar with the Automatic Setup feature, however Wi-Fi sharing works anytime while importing data automatically from an old iOS device to a new one can be done only when the iPhone or iPad is configured for the first time after purchase or a major software update. 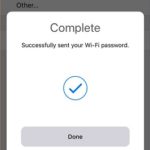 1. Open the Settings app from the Home screen of your iPhone or iPad.
2. Tap on Wi-Fi and allow your device to scan for the available networks.
3. Tap the network that you want to connect to.
4. You’re prompted with the Wi-Fi Password input screen. Now, it’s the time to bring around the other iOS device that is already connected to the selected network.
5. A card slides in from the bottom of the connected iPhone or iPad asking you if you would like to Share Your Wi-Fi.
6. Tap Send Password to share the info with the nearby device.

Fact: The sharing iOS device has to be unlocked for this feature to work!