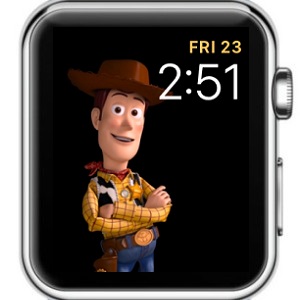 Apple has recently seeded Beta 2 for the upcoming watchOS 4 major software release. Test versions are available only for Developers but with the help of this trick, anyone can try it out on any Apple Watch. The update log advertised only bug fixes and performance improvements but our test have just uncovered that the much expected Toy Story Watch Face has been included in this new test version.

A few days ago we reviewed the revolutionary Siri Watch Face for you and now its time to look at another entertaining Watch background template inspired from the famous computer-animated adventure film. Woody, Buzz Lightyear and Jessie are ready to animate your Apple Watch screen whenever you flick your wrist to wake the watchOS smartwatch or tap the display while the wrist-worn gadget is displaying the Watch Face view! 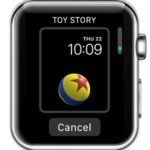 1. Raise your wrist to wake your Apple Watch and press firmly on the screen to enter the Watch Face edit menu.
2. Swipe-left all the way until you reach the last card, called New.
3. Tap it and turn the Digital Crown until you reach the Toy Story Watch Face.
4. Touch the screen to select it and you’re done!
Fact: If you already created the Watch background and you want to select it simply swipe left or right from the Watch Face view until you reach it. You can tweak Watch Face order from the Apple Watch app available on the paired iPhone. On the My Watch tab, tap on Edit next to the My Faces section. Now drag & drop templates to arrange them the way you want. 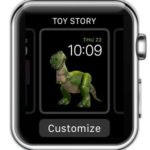 Toy Story Watch Face Customization Options
To configure this animated template you have to Force Touch the Apple Watch screen when it displays the Watch Face. Next, hit Customize and choose between the following options: Toy Box (default selection), Buzz Lightyear, Woody and Jessie. All of them perform various animations when you raise your wrist to check the time. The first option provides random character selection, while the other three feature animation of the famous cartoon heroes they represent.
Swipe-left to reach the second Toy Story Watch Face customization card. Here you can tweak complications. There are two fields available. One in the top-right corner, right above the current time and the second, and expanded complication centered at the bottom of the screen. 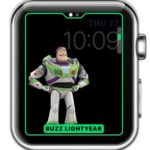 Fact: Do you know that watchOS 4 brings two new stock complications? They’re called Siri and News and are great extensions for Apple’s virtual assistant and the new built-in News app.

Info: If your or your loved ones fancy the Mickey and Minnie Mouse Watch Faces, you’ll surly love the Toy Story template. Too bad that Woody and his friends aren’t able to speak out time, but there is plenty time for improvement until the watchOS 4 public release.