How To Fix Apple Watch GPS Data Bug In watchOS 7 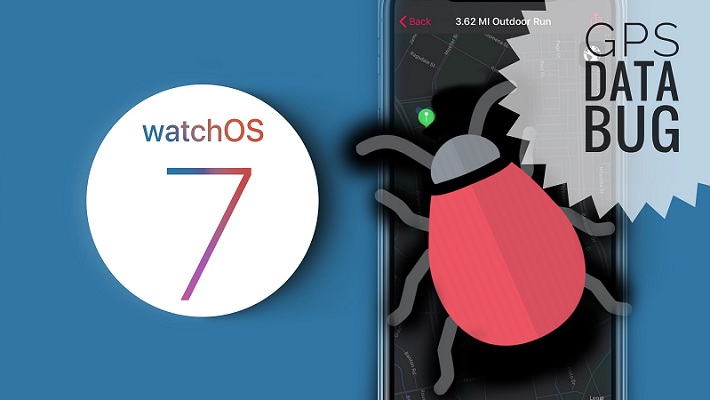 watchOS 7 brings lots of new features and enhancements to the Apple Watch, but as with any major software update, glitches do find its way to the public release version, no matter how rigorous the beta testing is done.

The first significant bug that has surfaced in watchOS 7 is preventing the Apple Watch to map GPS data for workouts completed with the stock Workout app. The issue occurs when the user records the data after completing an exercise session that was tracked with the help of the wrist-worn device.

In most cases the workouts that miss their routes are recorded without the paired iPhone being around. When the Activity app is checked upon returning, the screen only shows the starting point of the workout on the GPS map, without a route. This also causes also problems when syncing workouts with third-party apps. More, apparently some users also claim that they don’t have anymore GPS data showing for all of the workouts recorded before the watchOS 7 update.

The best fix is to prevent the issue from occurring in the first place. This means that until Apple will release watchOS 7.1 with a potential fix for this glitch, you have to carry your iPhone with you the next time you go out running or performing an activity.

You can also try to fix the issue by un-pairing and re-pairing the Watch with your iPhone.

Another troubleshooting tip for the watchOS 7 GPS data bug implies to:

Open the Health app.
Tap your profile , then tap Devices.
Tap your Apple Watch.
Tap Privacy Settings and make sure that Fitness Tracking is turned on.

Another problem signaled by users that have updated to watchOS 7 is the fact that the Apple Watch is now wrongly estimating the amount of calories burned when resting. This is called Resting Energy and we could notice a substantial daily decrease since the update. Instead of the usual average of 2500 calories a day we are getting close to 900 units which is obviously unreal.

Other Apple Watch problems reported by users on Apple’s support communities are:
– Health app eating up lots of CPU resources and thus causing iPhone to get hot and experience fast battery drain.
– To be updated…

Are you facing problems with the mapping of GPS Data for your Apple Watch recorded workouts? Did you notice any other watchOS 7 bugs? Let us know in the comments section available below.