How To Play Pokemon GO From The Apple Watch 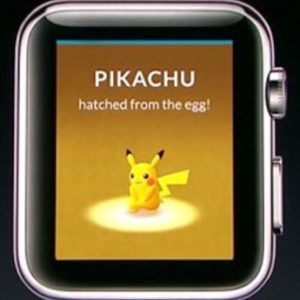 Pokemon GO for the Apple Watch has been finally announced, during Apple’s September 9 keynote. Although many of us expected to be able to hatch eggs and check PokeStops via the wearable, from the get go, Niantic is still expected to release the Apple Watch extension for its blockbuster Augmented Reality game. First, I thought that the smartwatch availability is deliberately postponed to avoid placing extra load on the game’s already overwhelmed servers.

However, since August, the game has lost a huge share of its popularity, mostly because the higher PokeTrainer levels are hard to achieve and the lack of interactivity among Trainers. Players still can’t meet for head to head Pokemon battles. Users can’t trade monsters and so on. Then, I thought that Niantic is waiting for the watchOS 3 roll out to seed the Apple Watch version in the App Store. This wasn’t the case either. At the time of writing, we’re 16 days into the 3rd watchOS generation and still no sign!

Download And Install Pokemon GO For Apple Watch
Important: The AW version hasn’t been released yet. We’ll update this page as soon as Niantic makes it available!
To grab Pokemon GO for your smartwatch tap the official App Store download link and update to the latest released version. If you don’t own the app yet, use the same link to download the newest version. After the update is installed on your iPhone it will be automatically uploaded to the Apple Watch if the Automatic App Install feature is active. This setting is found in the Apple Watch app on the paired iPhone. In the My Watch tab, navigate for General and tweak the auto app installation option. Else, you have to manually deploy Pokemon GO on your smartwatch from the same Apple Watch app, by scrolling for the game’s name in the My Watch tab. Toggle the Show App on Apple Watch setting ON and you’re done. 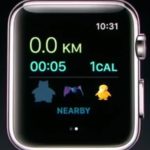 2. Workout & Play
On the same home screen you find the Start button. Tap it whenever you want to add distance to your egg hatching progress. The great thing is that you can contribute to your daily AW Activity and play the game in the same time.
The Start button also starts a watchOS Workout and not only incubation progress. The total distance covered as well as the burned calories are displayed during an Apple Watch Pokemon GO Walk session. 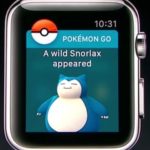 3. Nearby Pokemon
While you walk, you can see the nearby Pokemon at a glance. This allows you to track the creatures that could spawn next to your location. It allows you to hunt rare species, by providing info when you get closer or move farther way. You can even see a Pokemon that spawns and can be caught straight away. However, you still need to use the paired iPhone to throw the PokeBall and collect the monster for your roster.
Check the print-screen uploaded nearby and see the Apple Watch’s notification for a Pokemon that appears in the wild.

4. Check PokeStops
The Apple Watch’s Taptic engine kicks in and triggers a tap whenever you’re in a close proximity of a PokeStop. Swipe left or right on the wearable’s screen to turn the coin-like PokeStop image to collect the available items. Make sure that your Bag isn’t full, else you’ll collect only the 50XP. 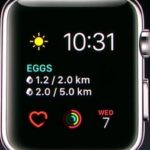 5. Hatch Eggs
Add the Pokemon GO Complication, that displays the egg Incubator mileage counter on your Watch Face, to permanently track your progress. It can display info for multiple eggs and considerably increase your egg hatching results.

6. Achievements Info
Whenever you reach a Pokemon GO milestone you’re notified directly on your wrist. The Apple Watch shows the type of medal that you earn and what you achieved to earn it. For example, you get a Gold medal when you visit 2000 PokeStops. 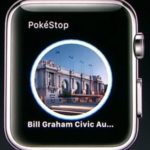 It’s uncertain yet whether Pokemon GO will be compatible with all three Apple Watch models, if it will require watchOS 3, or will be GPS dependent. Remember the only the Apple Watch Series 2 comes with a built-in GPS. The Series 1 as well as the 2015 Apple Watch. Considering that the game has been advertised to work hand in hand with the wearable’s built-in fitness tracking feature makes me thing that all watchOS terminals will be Pokemon GO compatible. The only major question mark remains how strong will it impact the battery lifetime for a gadget that isn’t famous for a strong power reserve.