A while ago I showed you a trick that allows you to instantly free up the iPhone’s RAM Memory. Although the same button combination still works for the iPhone 6S, 6S Plus and older versions, there is a change for the freshly released iPhone 7 and 7 Plus models caused by the new solid-state Home button. The fact that the main iPhone button doesn’t act mechanically anymore, prevents it from fulfilling as many tasks as it did in previous iPhone terminals.

But what does it mean to flush the iPhone RAM? All apps that you use on your iOS device remain active if you don’t close them, when you finish interacting with them. Your smartphone has to allot a part of it’s Random Access Memory to keep the background apps alert. You can check the apps that are running in the background by opening the App Switcher with the help of the Home button double-click or via this App Switcher trick.

When To Flush iPhone RAM? 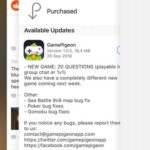 Even if you’re the organized type of individual that closes after interacting with them, most applications that are popular nowadays have to be left on active in the background, so that you can enjoy it at its full potential.
Because of the multitude of third-party software that is available on the App Store you can easily end up to have tens of apps running in your iPhone’s background. In some extreme cases your device could start to be a little laggy and feel that is clogged up. You can perform the below described trick to clear the RAM instantly.

How To Rapidly Free Up iPhone 7 RAM!
Step 1: Grab your iPhone and press down the Power button. Hold the press until the “slide to shutdown” message appears on your device’s screen.
Fact: Depending on your iPhone model the Sleep/Wake/Power button is found in the top-right corner of the device (iPhone 5S and older), or on the right edge of the device (iPhone 6 and newer).
Step 2: After you release the Power button press click on the Volume Down button until the iOS Home screen is displayed. This means that the procedure was successful and the RAM was flushed.
Fact: The Volume Down button has taken the role of the Home button for iPhone 7 terminals and later devices. All older iOS smartphones continue to use the Home button for tricks like RAM clearance, Force Restart, Recovery Mode and DFU Mode.

Fact: The iPhone 7 still packs 2GB of RAM, while the bigger 7 Plus version is equipped with 3GB of RAM to better handle the dual-lens camera and image processing tasks, like Portrait Mode!