How To Screenshot The iPhone X 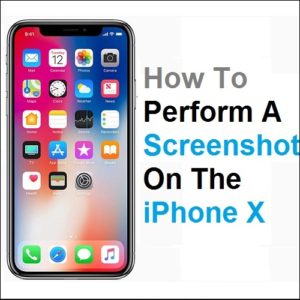 How to take a screenshot on the iPhone X.

Without a Home button, traditional iOS functions receive completely new ways of being called to action in the case of the iPhone ‘Ten’. From the most simple of commands, like turning the device ON, which is usually achieved with a long press of the Power button, but in the case of the iPhone X, it’s accomplished with a simultaneous long press of the Side button (former Power button) and the Volume Up key. By the way, the same combo is used if you want to power off the 10th anniversary iPhone!

What about print-screening the iPhone X? This handy feature that allows you to capture an image of what’s currently displayed on the OLED and save it in Photos, for information purposes or share it with your contacts, can’t be performed the traditional way anymore. Up to the iPhone 8, screenshots are done with the help of the Home button + Sleep/Wake button combo. However, due an obvious reason the iPhone X has a new print-screen command!

Tip To Screenshot The iPhone X 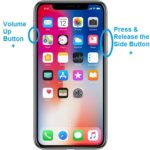 How To: Simultaneously press the Side Button + the Volume Up key. However, be sure that you press and release. Because if you press and hold you’ll trigger the ‘slide to power off’ screen.
New in iOS 11 is that you can instantly markup a print-screen if you tap its thumbnail that shrinks and is available for a few moments in the bottom-left corner of the screen, right after you snap the picture.

Fact: In iOS 11, if a frame isn’t enough, be aware that you can record entire events unfolding on your iPhone X’s screen with the help of the new screen recording feature!