How To Unpair And Repair Apple Watch 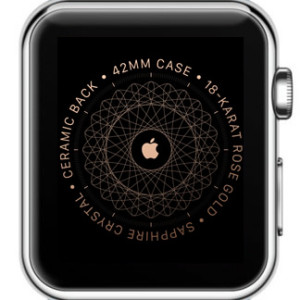 Apple’s revolutionary watchOS gadget lives up and even exceeds expectations. However, because it still is a first generation device and both in-house and third party developers are continuously fine-tuning their codes for it, it can sometimes happen that your wrist-worn device jams, loses connectivity with its paired iOS companion, or simply malfunctions, from the software point of view.

In this case, your solutions are to force close the Apple Watch app that’s causing problems. Next, re-open it and try again. If the issue still persists you should enable and disable Airplane mode on your paired devices and force them to reconnect. The problem can persist, even after implementing the tips provided above. Your next option is to reboot the wrist gadget. This is done by switching it OFF and opening it a few seconds later. If the software glitch causes the gadget’s screen to freeze, your only solution is to force restart the Apple Watch. You can apply the same tactics with the paired iPhone to be sure that all processes are running smooth on the two gadgets. Remember that the watchOS device is continuously inquiring the paired iPhone for data. 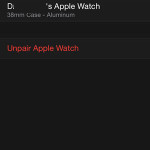 1. WatchOS Issues: In very rare cases a software glitch will continue to linger even after you tried all the above described methods for solving the problem. The last ace from up your sleeve would be to unpair the Apple Watch and repair it! Don’t worry, although this is a procedure that will erase all content from your wrist-worn device, a recent back-up of all data is always stored and easily accessible on the paired iPhone.
2. iPhone Updates: One other reason that can lead to un-pairing and re-pairing an Apple Watch with its iOS companion, is when the iPhone is restored from a backup, or downgraded to an older mobile operating system version. For example, if you’re the kind of user that tests upcoming iOS beta versions, you’ll need to unpair and repair your wrist gadget whenever you return to the latest public version.
3. Change of ownership: If you sell or hand the Watch to someone else you have to unpair it first, to delete all your data from the device and allow the new owner to be able to pair it with his own iPhone.

How To Unpair Apple Watch 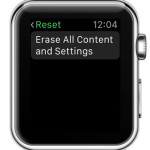 Severing the bond between your wearable and the paired smartphone can be easily achieved from both devices:
–From iPhone: Open the Apple Watch app on your iOS gadget and browse to the My Watch tab. Next, tap on Apple Watch and hit the Unpair Apple Watch label. Confirm your selection and the process begins.
– From Apple Watch: You can also cut the ties from your wrist. Raise your hand to wake the watchOS device. Press the Digital Crown to display the app bundle home screen. Open the Settings app and go to General. Now, scroll all the way down to the Reset label and tap it. Hit Erase All Content and Settings, confirm your intentions and after a few seconds your Apple Watch will be ready to repair!

How To Re-Pair Apple Watch
Reconnecting the watchOS gadget to its compatible smartphone is very easy. It’s practically the same process you performed when you initially set up your wrist device. You can remember that there are two ways to pair Apple Watch with iPhone. The only novelty added to a first time configuration, is that after pairing is confirmed you are asked if you wish to set up the Watch as a new device or upload the most recent backup saved on your iPhone. Picking the second option allows you to restore all previous data on your wrist-worn device.

4 Responses to How To Unpair And Repair Apple Watch