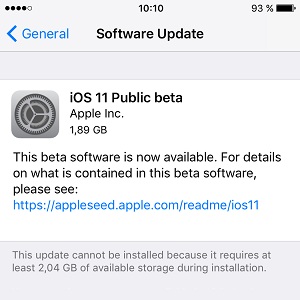 As anticipated a short while ago, the release of a rare iOS 11 Developer Beta 2 Update 1 version hinted the imminent roll-out of the Public Beta version of the 11th iPhone and iPad OS generation. Apple has just made the iOS 11 test version available to all volunteers that want to help the company to fine tune the software until the Public release, that is scheduled for this fall, along with the presentation of the iPhone 8.

So, if you own an iPhone 5S or later or any iPad and iPod terminal that is compatible with the 64-bit iOS 11, you can download and install the Public Beta by following the steps described below. Here is the full iOS 11 device compatibility list. Be aware, that an iTunes or iCloud iPhone backup is mandatory to make sure that you don’t jeopardize precious info, in case something goes wrong during the update process! 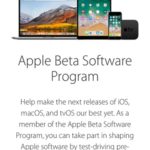 How To Install iOS 11 Public Beta On iPhone Or iPad
1. Grab your iOS device and open a new Safari tab, or tap on this link to sign-in to beta.apple.com and download the iOS 11 Configuration Profile.
2. Provide your Apple ID log-in credentials to sign-in to Apple’s Beta Program.
3. Enroll your iPhone or iPad by downloading the iOS 11 Beta Profile. Tap on Download profile button shown in the print-screen provided nearby.
4. Tap Allow to permit Apple to display the configuration profile in your iOS Settings app. 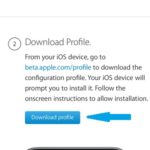 5. Choose the device that you want to install the beta on: iPhone, iPad, iPod or Apple Watch.
6. Tap on Install in the top-right corner to setup the iOS 11 Beta Profile on your device.
7. Touch Restart to reboot your iPhone and allow the changes to take effect.
8. Open Settings again and browse for General -> Software Update.
9. Tap Download and Install and wait until the iOS 11 Public Beta is installed over-the-air as any other regular software update.
10. Your iPhone or iPad will reboot after the installation process ends. Perform a brief configuration and start enjoying all the new features coming with iOS 11.

Fact: Beta versions always have their share of hiccups, bugs and flaws, but that comes with the privilege of toying with the newest iOS 11 features and changes before everyone else is allowed to. If iOS 11 Public Beta version is to unstable for your standards you can always downgrade to the most recent seeded iOS 10 firmware.