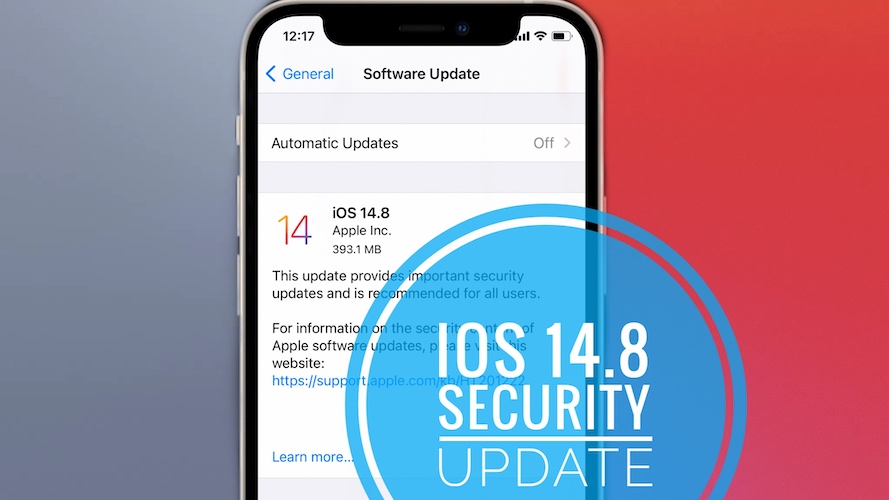 Apple has rolled out iOS 14.8 with build number 18H17. This minor but very important security update is recommended to all users owning an iPhone 6S or later. It patches a vulnerability that would allow malicious crafted PDFs to execute arbitrary code. It’s an issue that might have been actively exploited!

iOS 14.8 comes only a few days before the major iOS 15 release and around 2 months after the release of iOS 14.7 that introduced MagSafe Battery Pack support for iPhone! 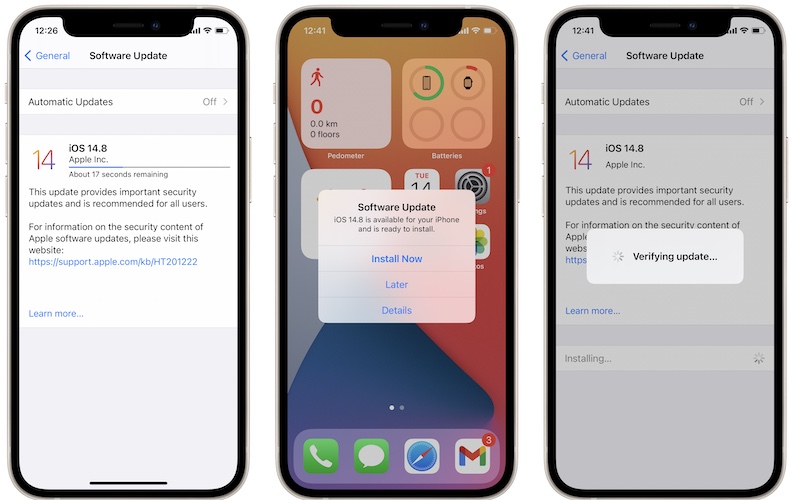 This latest software update is available over-the-air. Your iPhone will download it automatically if Automatic Updates are enabled. However, you can rush the update by opening Settings -> General -> Software Update.

Tap Download and Install. Provide Passcode and be patient until the 393.1 MB large update file is downloaded and prepared for update. Confirm the Install if required and iOS 14.8 update will be verified and deployed on your iPhone.

Fact: iPadOS 14.8 is also available for download. It brings the same security updates.

Apple only mentions “important security updates” in the change log, recommending the update for all users.

The iOS 14.8 security content provides more info regarding the vulnerabilities that have been patched in this release:

Apple doesn’t mention any new features coming in iOS 14.8. However, we did manage to spot some minor changes during the update process:

Apple doesn’t mention any bug fixes included in iOS 14.8, excepting the security patch mentioned above. Don’t hesitate to comment if you noticed any fixed issues. Also, please share your feedback if you’re hit by any new bugs:

Have you updated to iOS 14.8? Did you spot any new features? What about bugs? Use the comments section and share your feedback.