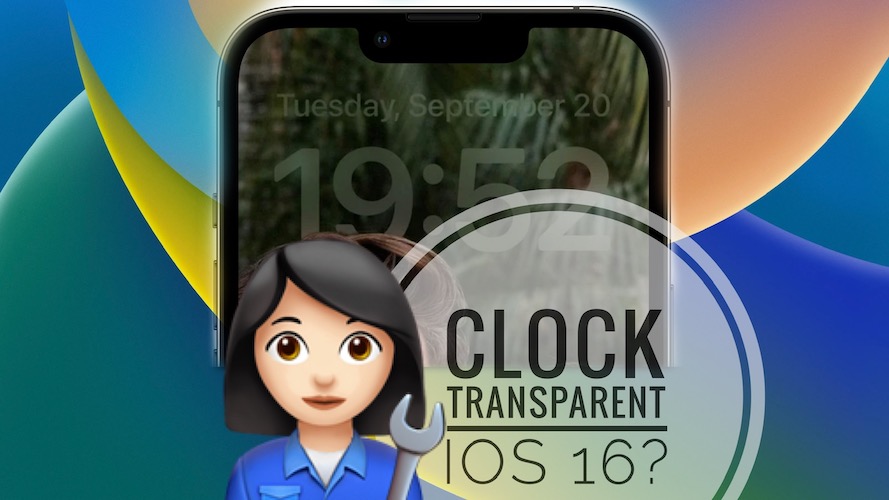 Lock Screen clock transparent on iPhone after iOS 16 update? Time and date become almost invisible no matter what font or color you pick? Problem persists in iOS 16.1.2 with Depth Effect turned off?

This unexpected behavior has been reported by Jill:

“Updated to 16.1.2 and Lock Screen time is almost completely invisible. No matter how I customize, any color, it it still shows up that I can’t even make out what time it is.”

We did not experience this issue before, but have found similar complaints on Reddit:

“The clock is so dim! No matter what font and color I pick – it is nearly inivisible. And it stays that way even with the depth effect turned off. It did not use to be that way – it worked fine for a few days.”

Affected users have confirmed that a reboot will solve this issue. However, it might work only temporary and the clock could go back transparent unexpectedly.

However, until Apple addresses this glitch in a software update we recommend you to apply the force restart combo:

Important: If the issue reoccurs please share it in the comments along with any useful info that could help us pinpoint the trigger and send a documented feedback report to Apple!

Have you managed to fix clock on Lock Screen turns transparent randomly in iOS 16? Do you have a better solution or other problems to report? Share your feedback in the comments.

Related: Time on Lock Screen hides behind objects in iOS 16? This isn’t a bug but a feature. It’s called Depth Effect and you can easily disable or enable it as shown here.