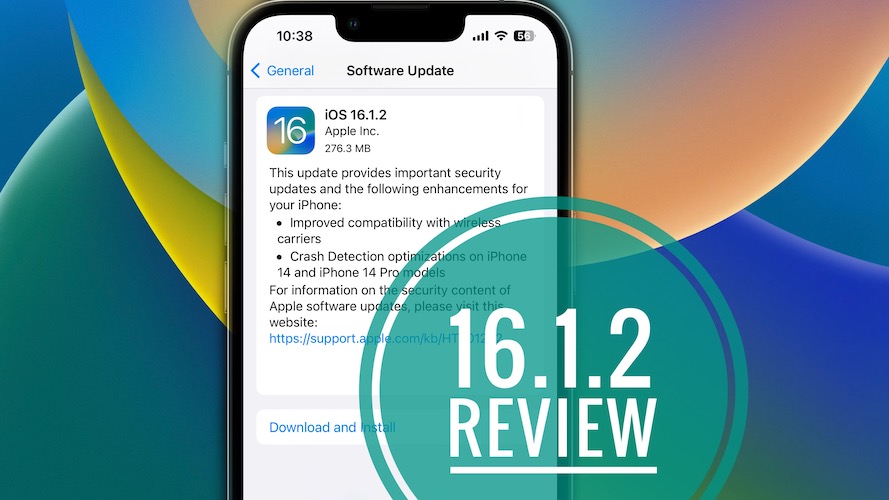 Apple has released iOS 16.1.2 update with build number 20B110 for iPhone 8 and later. It’s a minor rollout that brings security updates and performance improvements. Check out the bugs fixed, known issues, as well as any new problems reported by users! 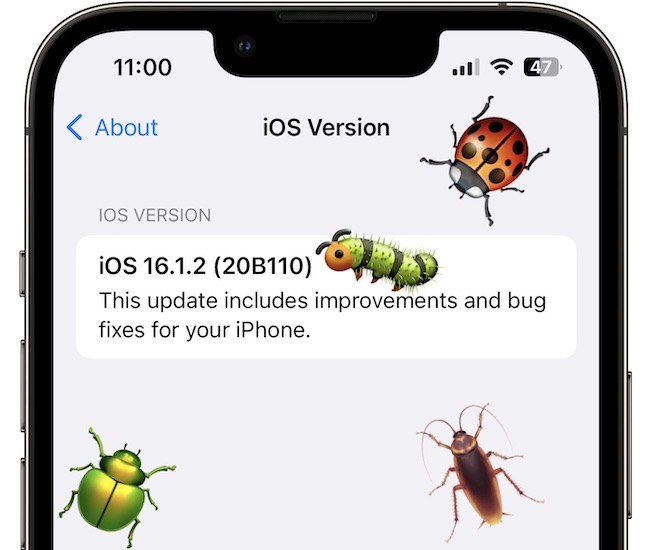 iOS 16.1.1 problems not addressed in this release as well as new bugs are listed below, alongside available workarounds:

According to the update log this update includes the following two improvements:

Other changes reported by users are highlighted here:

According to the iOS Version update log, available in Settings -> About, this release also includes bug fixes, without providing any other details.

We’re informed tha the security fixes included in this version will be updated here. Nothing available at the moment as you can see in the screenshot updated below: 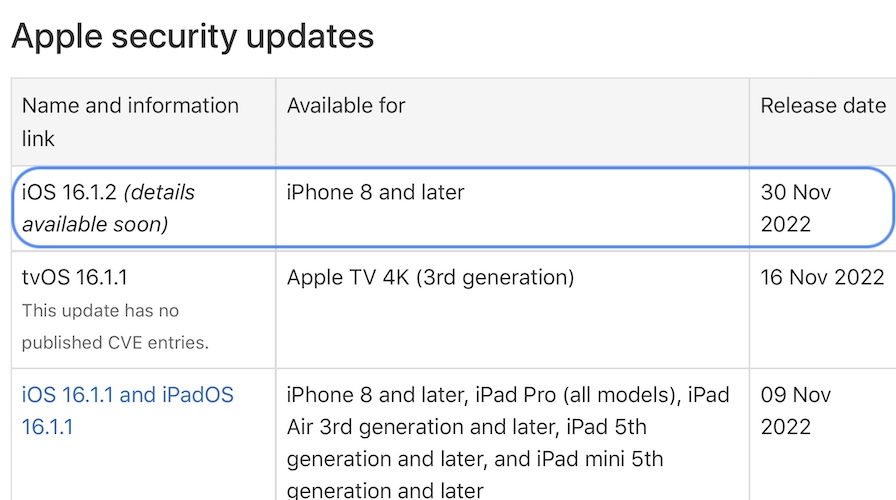 Our readers have reported over 50 issues and errors for iOS 16.1.1. Those addressed in this version will be showcased below:

Fact: For more known issues and bugs fixed you can also check Apple’s Developer release notes (not updated yet). 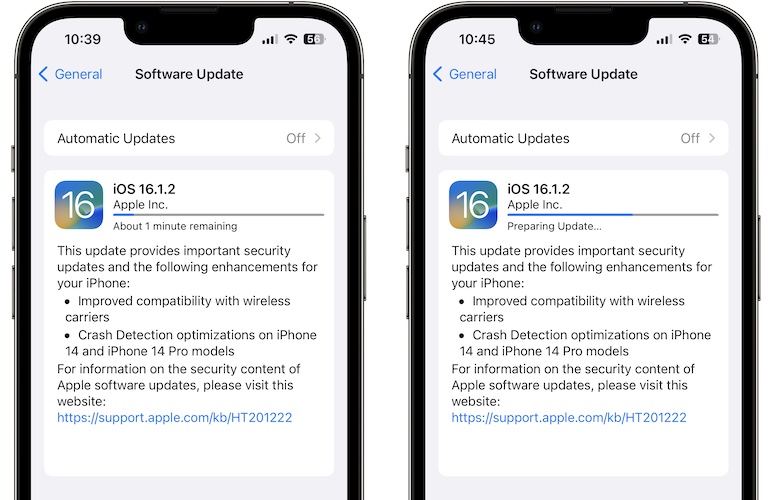 Have you installed iOS 16.1.2 on iPhone? Do you notice any other changes not mentioned in this article? What about bug fixes or new issues? Share your feedback in the comments!

Related: iOS 16.1.1 and iOS 16.1 are still signed. If you’re not happy with this latest release you can downgrade to any of the two previous versions!

Last Updated on December 6, 2022 by Patricia