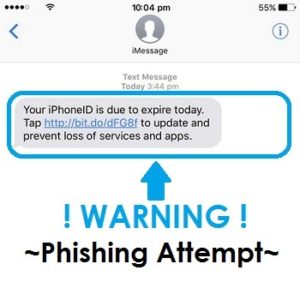 Although the iOS environment is renown as being the most secure operating system available on the smartphone market, your iPhone’s and iPad’s security isn’t impenetrable, especially when human action is involved. If you stick to the game plan and only install apps from the App Store, avoid jailbreaking your device and don’t fall into phishing traps, you’ll do just fine. However, if you cross one of these borders you expose your device considerably!

It’s easy to limit app downloads to the App Store market and to stay away from jailbreaking, but sometimes even experienced iPhone users can fall in the trap of phishing attempts. Until now, scammers used emails to deceive iOS users and grab their Apple ID credentials. However, recently more and more text message scam attempts have been reported. You can check an example of the latest phishing attempt received by one of our readers via SMS, in the print-screen available nearby! 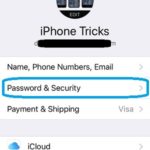 What Is An Apple ID?
The Apple ID is created the first time you buy an iPhone or any other Apple device. It’s a must have Apple related email and password that are used to activate and use a number of Apple services starting with the iMessage and FaceTime features and continuing with iTunes and App Store purchases, iCloud usage and more. It’s used to identify you as a user on Apple’s servers. If your Apple ID is compromised, hackers can steal data stored on your iCloud and money available on the credit/debit card, that’s attached to your Apple account. 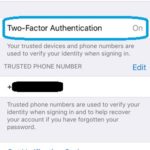 How To Protect Apple ID
If you configure a strong alphanumeric password and enable the Two Factor Authentication feature on your iPhone, iPad, iPod or Mac the security of your Apple ID is solid.
Last but not least, you have to be able to recognize phishing attempts and learn to avoid it. Email messages are quite easy filtered out by mailing servers. However, Text Messages are more direct and could deceive you if you’re not an experienced smartphone user.
How To: Settings -> Apple ID (top of Settings) -> Password & Security -> Two-Factor Authentication 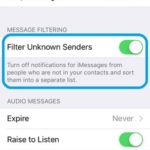 Identifying Phishing Attempts
Here are a few tips that will help you avoid text message scam attempts:
1. Activate the Filter Unknown Messages option that allows your iPhone to split the Inbox and store all text coming from Unknown Senders in a separate tab. Unknown Senders are phone numbers that aren’t store in the Contacts app and numbers that you’ve never exchanged text with, in the past. This way you know that the message comes from a total stranger and you will provide extra attention when checking potential spam messages.
How To: Settings -> Messages -> Filter Unknown Senders.

2. Apple will never ask for your Apple ID and password in emails or text messages. Taping on links embedded into phishing texts will redirect you to a clone website, that can be 99% identical with Apple’s official website. The resemblance will trick you to provide your iTunes ID. This way you’ll hand them over directly to the scammers.

Block the Malicious Sender
After reading the text and uncovering the scam attempt, tap the “i” in the top-right corner of the message conversation.
Next, tap the arrow, available right below the Done command, to open the additional options for the number in question.
Scroll all the way down on the options screen until you find the Block this Caller option. Tap it and make sure that you won’t receive any other phishing SMS from the same number!