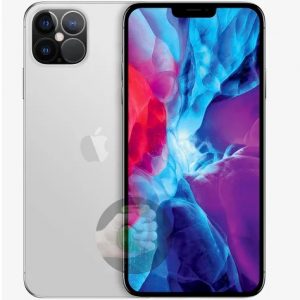 Everyone expects a redesign for the iPhone 12 lineup. Apple hasn’t changed the chassis of its flagship iPhone models since the release of the iPhone X. That’s three generations ago! Bloomberg confirmed the expectations and recently reported that the 2020 iPhone flagships will embrace the design line of the current iPad Pro. That means that at least, the iPhone 12 Pro models will come with flat stainless steel edges, flat sides and sharply rounded corners. It’s a design that reminds of the popular shape of the iPhone 5s.

Another rumor that most analysts agree on is that the Face ID notch will, finally get an upgrade and become much smaller, about one-third of its current size. We’ve also already covered the new LiDAR sensor that will be embedded in the main Camera module. It will be of course available on the high-end models, the Pro versions of the iPhone 12. The same New York-based software company, confirms that we should expect four new iPhone models in the 2020 lineup, that’s one extra besides the anticipated iPhone 12, 12 Pro and 12 Pro Max!

iPhone 12 Release Date
Apple has a habit of releasing its new iPhone range in September and the plan of 2020 is similar. However, production might be delayed because of the COVID-19 pandemic. We could get an official glimpse of the new iPhone 12 lineup as late as October.
Same source also mentions the likelihood that the four new iPhones will become available in stages. It still isn’t clear if the lower-end models will also get the redesign boost or not. If they won’t manufacturing them on the older chassis would be faster and the iPhone 12 might be available sooner than the redesigned iPhone 12 Pro and iPhone 12 Pro Max. But this is still a wild guess.
Fact: What’s a fact is that we will get our hands on the iPhone 12 OS much sooner. Apple will preview iOS 14 during WWDC 2020, scheduled for the beginning of June, and release it to developers for fine tuning straightaway.

A render based on the rumors confirmed by Bloomberg has been posted today on Reddit. Take a look at it and let us know what you think about the upcoming iPhone 12 Pro? Do you plan to upgrade?

Related: The iPhone 12 lineup is not the next in line though when it comes to new iPhone releases. Apple plans to release the new iPhone SE (or iPhone 9) as early as Wednesday, April 15.