After unveiling their first ever wearable device, the Watch, Apple have also rolled out iOS 8.2 the latest version of their famous mobile operating system. Obviously the most noticeable feature introduced with this update is the Apple Watch app which is used to pair your iPhone with the upcoming wrist-gadget. Until then you can use… 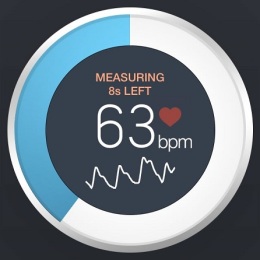 Turn Your iPhone Into A Heart Rate Monitor

Time to add a new feature to your iPhone! Today I’ll show you how to transform it into a medical health device that reads and monitors your heart pulse. All this is achieved with the help of a single application, developed by Azumio Inc. and called Instant Heart Rate. This app can be downloaded for…

Read More
Tags:AccuracyHealth AppHeart RateiOS 8iPhoneMeasurementsMonitor
Next Posts
Copyright © 2014 - 2023 iPhoneTricks.org
This website is not owned, licensed or affiliated with Apple Inc.
The content of this website is not supplied or reviewed by Apple Inc.
iPhone is a trademark of Apple Inc. For more info please read our Disclaimer.