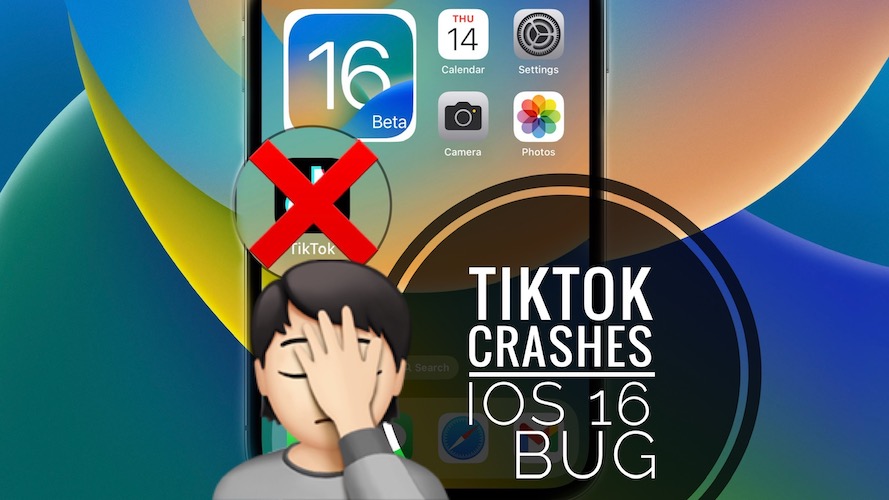 Is TikTok crashing in iOS 16 Public Beta? Does the app unexpectedly quit when you try to share a video? This is a widespread TikTok bug in theses early iOS 16 testing stages. Use the following workaround until Apple or ByteDance update their software with a patch.

This issue was recently reported by Markus on our iOS 16 Public Beta review page:

“Tiktok crashes on iPhone (ios 16 public beta) when I share a video. Anyone else?”

We’ve found numerous other reports on Reddit. This thread has many confirmations:

“TikTok will crash randomly. Has anyone else had this issue?” 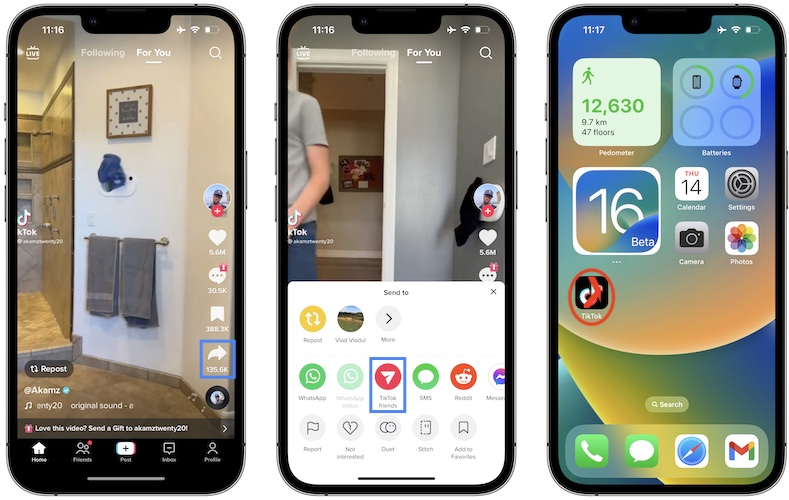 I’ve managed to replicate theses TikTok crashes myself. The problem occurs when you try to share a TikTok. It might not get triggered at the first attempt but it will eventually crash your iPhone too!

How To Fix TikTok Crashing iOS 16

At the time of writing there’s no permanent fix for it. However, I expect TikTok to issue an update in the App Store soon, to fix this problem. In the meantime you can try the following:

Have you managed to get around the TikTok crashing when sharing video in iOS 16? Do you have a better solution? Share your feedback in the comments.

Related: If iOS 16 Public Beta is too glitchy, you do have the option to downgrade to iOS 15, if you have a full iPhone backup that you performed before starting to test iOS 16!