Posted in Errors and Issues by Mike on September 21, 2022 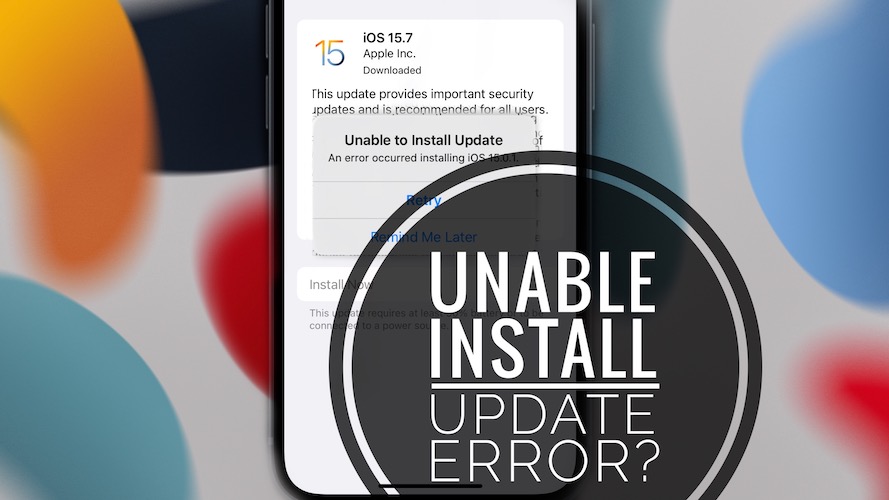 Are you getting Unable to Install Update error when trying to update iPhone to iOS 15.7? Using the Retry options triggers the same popup in a loop? Remind Me Later, brings up the same issue later on?

This problem has been reported by djd:

“I have the update downloaded but it won’t install on my iPhone. Getting: Unable to Install Update. An error occurred installing iOS 15.7.”

However, in this case the download works and the update process crashes at the start of the installation. Are you experiencing the same error? Report it in the comments please.

How To Fix Unable To Install Update Error 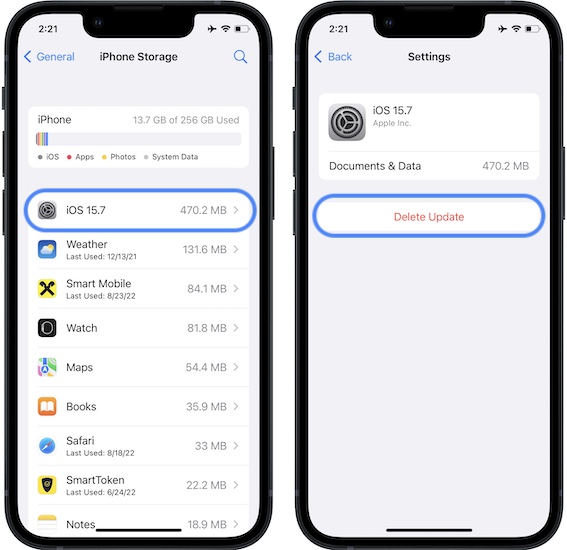 For a better understanding of the fix suggested above please checkout our YouTube video:

According to several readers, iOS requires much more storage space this time around, then the actual update file size.

Although this is not highlighted in the error, several users confirm that they managed to bypass the Unable To Install error by freeing up even more space on their devices:

“I had 4G free disk space and had constant failures for 15.7 on my iPhone 11 even after restarting and trying on separate days. I deleted some books and now have 9G free – update then worked on first attempt after freeing the extra space”

Please try the same. Does it work?

Tip: There’s a similar Unable To Install Update error, with the text reading “Software Update requires a network connection”. This hints that iPhone or iPad isn’t connected to the Internet and you should check WiFi connectivity

Did this work? Have you managed to get around the Unable To Install iOS 15.7 update error? Do you have a better solution or more questions? Share your feedback in the comments.

Related: Considering to update to iOS 16? Check out or extended review of bugs and their appropriate workarounds over here.