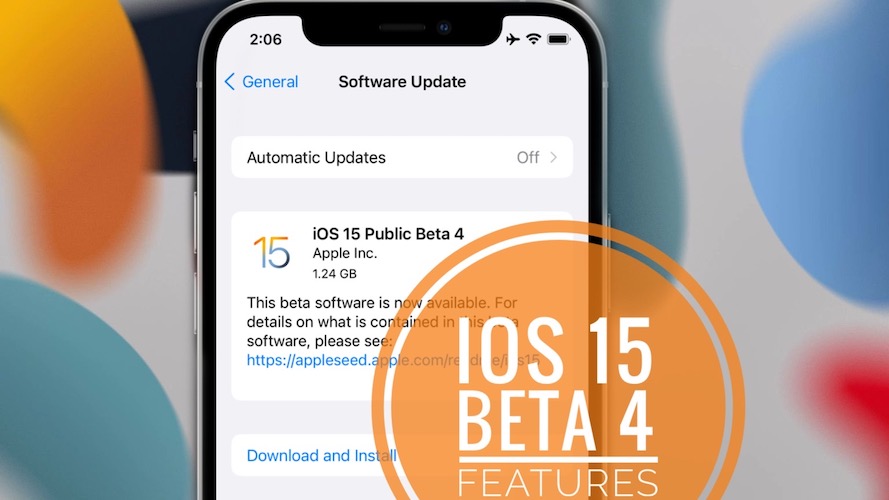 iOS 15 Beta 4 build number 19A5307g is available for both Developers and Public Beta testers. It brings support for the Apple MagSafe Battery Pack as well as further refinements to the new iOS 15 features included in Safari, Notifications, Focus, Shortcuts and more.

You can download iOS 15 Beta 4 over-the-air as long as the appropriate iOS 15 configuration profile is installed on your device.

Important: Do perform a full iPhone backup via iCloud or computer to make sure that you can restore your device without losing any data, if something goes wrong.

A. How To Update From Public Beta 3 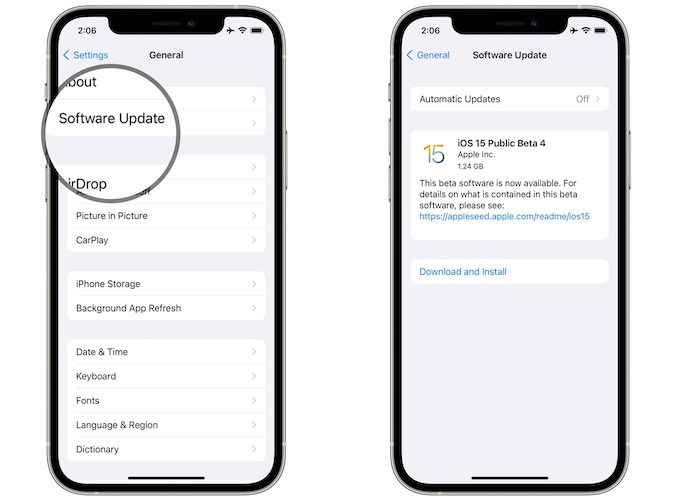 If you already updated your iPhone or iPad to a Developer or Public Beta version of iOS 15 / iPadOS 15 you only have to browse for Settings -> General -> Software Update.

The appropriate Developer or Public iOS 15 Beta 4 will be found. Tap Download and Install, provide your Passcode, agree with Apple’s terms and follow the on-screen prompts to complete the update process.

If your iPhone is running a public iOS 14 version, you first need to enroll your device to the iOS 15 Beta testing program.

This is done by downloading the iOS 15 Beta Profile from the Apple Beta Software Program website.
After downloading an installing the profile, you have to reboot iPhone and check the Software Update section for the most recent iOS 15 beta release! 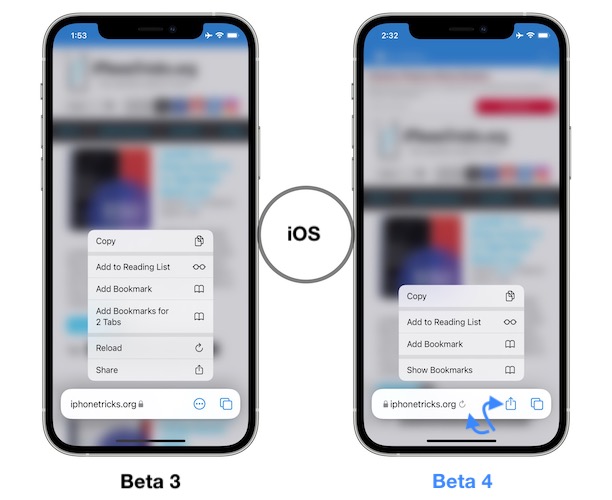 Wallet icon displayed in notification, on top of a third-party app’s icon, that’s used with the iOS 15 Wallet app.

Have you updated to iOS 15 Beta 4? What’s your feedback? Have we left out a new feature? What about bugs? Have you found any new issues? Use the comments section to share your feedback.

Related: Check out our detailed guide about iOS 15 new features!