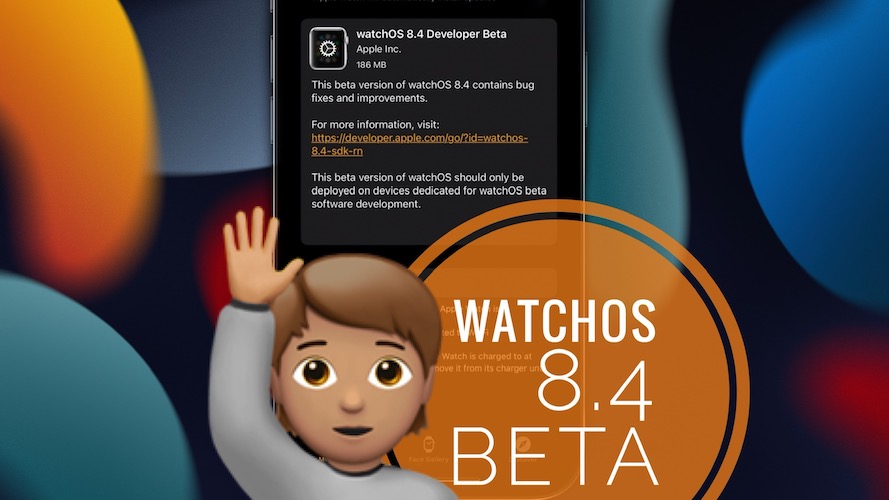 Apple has seeded watchOS 8.4 Beta with build number 19S5525f! This marks the beginning of a new testing stage for the upcoming watchOS 8.4 software update! It will include new features, improvements and bug fixes!

We expect Apple to release watchOS 8.4 in February 2022. Apple might not release any new beta until January 2022, because the company takes a break from issuing software updates during Christmas and the New Year holidays.

Important: It’s risky to update your main Apple Watch to watchOS 8.4 Beta. There’s no way to downgrade to watchOS 8.3 and a new beta fixing potential bugs or serious performances issues, might be weeks away! 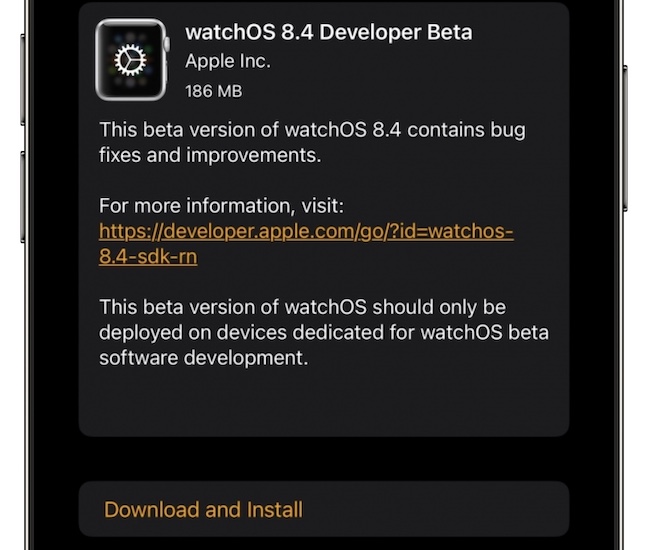 Once installed, watchOS 8.4 Beta Developer Beta becomes available in the Watch app on the paired iPhone. You can find it in General -> Software Update.

Fact: The update file is 186 MB large and can be only installed if Apple Watch is connected to charger, battery percentage is over 50% and the paired iPhone is nearby!

Apple mentions that the beta comes with bug fixes and improvements. While the documentation on the Apple Developer platform informs that "There are no new release notes available for this beta software update."

Any new features, changes or improvements have to be discovered during testing. Please use the comments section and share your findings:

Any issues fixed in this test version are mentioned below:

If you experience new issues after updating, share them in the comments and we will update them here:

Have you updated Apple Watch to watchOS 8.4 Developer Beta? What’s your feedback? Share it in the comments section!