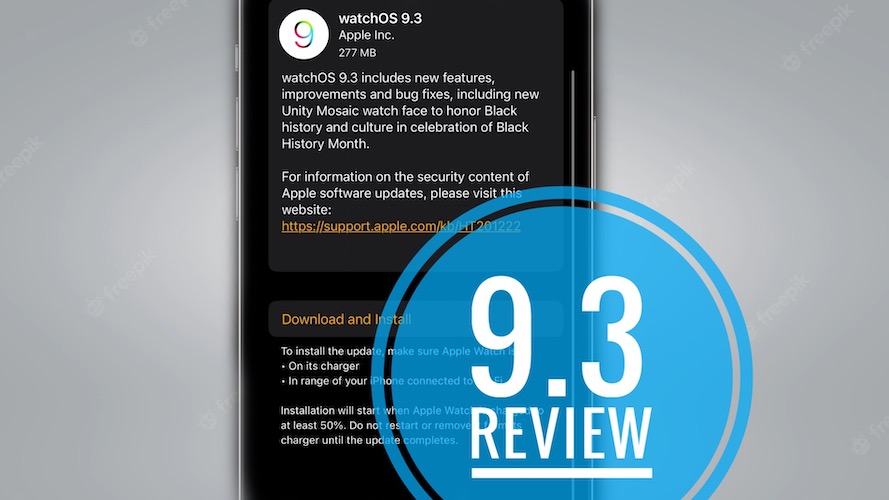 Check out new bugs and ongoing problems along with their workarounds, before you decide to update:

Looking to see what’s new in this version? There’s a single new feature highlighted in the release notes. Apple does mention of ‘other improvements’, which most likely are under-the-hood : 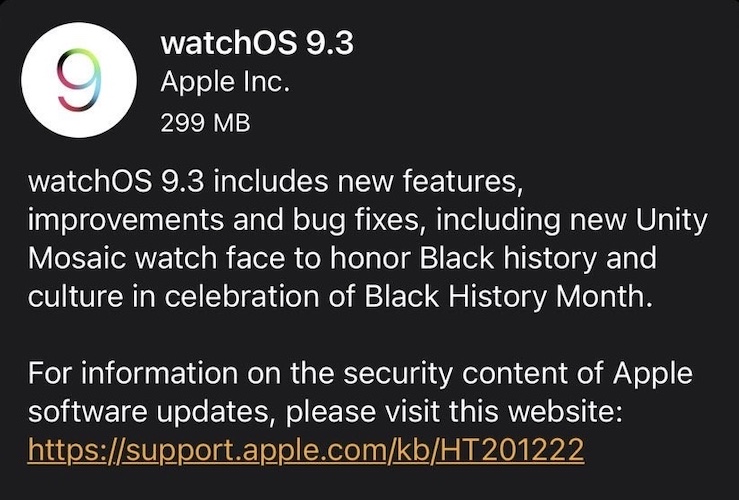 Other changes reported by users are tracked here:

The release notes mention bug fixes, but there isn’t a single one presented. Below you can find issues addressed by Apple and reported by readers:

Security Fixes: Apple has also patched several vulnerabilities in this update. You can check them all in this support document.

This update is available, over-the-air, in the Watch app on the paired iPhone: 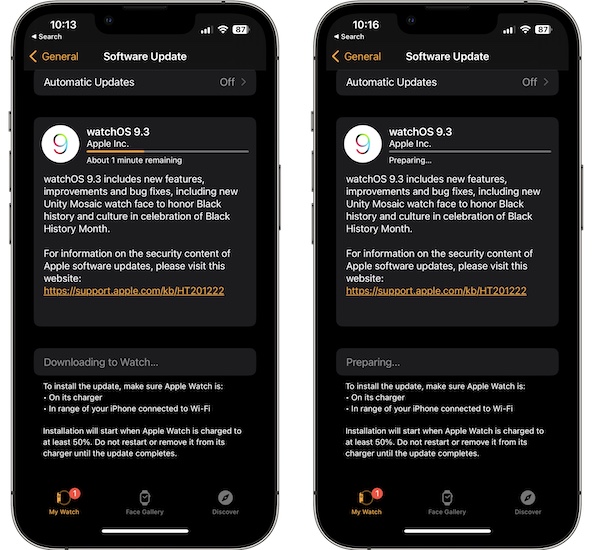 Tip: Apple Watch has to be connected to its charger and battery level should be above 50% for the installation to start!

Have you installed watchOS 9.3 RC on Apple Watch? Help us cover all changes, improvements, issues as well as bug fixes! Use the comments section!