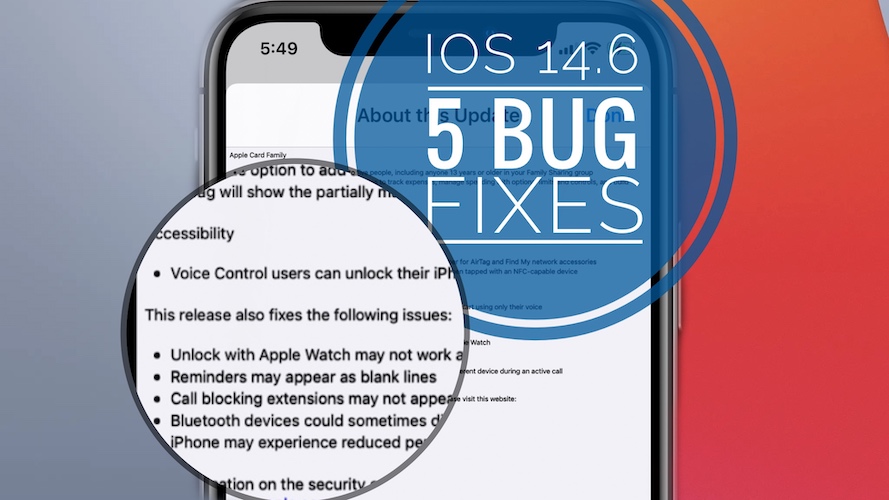 iOS 14.6 is about to be rolled out by Apple and we have some good news regarding the bug fixes included in this release! The Update Log includes 5 patches that tackle: performance issues during iPhone startup, Bluetooth connectivity improvements, call blocking shortcomings, a bug of the Reminders app and an unlock iPhone with Apple Watch fix.

We’ve extracted all this info from the iOS 14.6 Release Candidate version that’s already been seeded to public beta testers and Apple developers. The RC Update Log of a pre-release version is almost identical with the one that’s eventually shared in the public rollout, so it’s safe to say that we have our hands on the most important bug fixes coming in iOS 14.6!

Often, iOS releases include other fixes too, that aren’t highlighted in the update log. We’re currently testing this version out and will update this category as soon as we identify a fix that wasn’t listed above.
If you notice one too, don’t hesitate to share it with us, with the help of the comments section available at the end of this article!

Related: Some of the most popular iOS 14 bugs are:
– Messages notifications bug that blocks notifications from incoming iMessages or regular SMS from triggering.
– Liquid Detected in Lightning Connector bug, although neither iPhone or cable have been exposed to liquids.
– iPhone 12 dimmed screen issue.

12 Responses to 5 iOS 14.6 Bug Fixes Highlighted In The Update Log