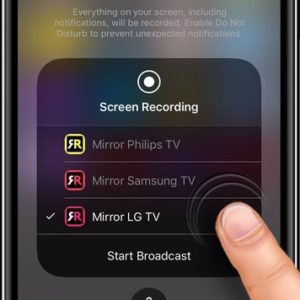 Last week I’ve shown you how to mirror your iPhone or iPad to a Samsung TV without the need of the Apple TV media set. The procedure is straightforward and available with the help of the Mirror for Samsung TV app, developed by AirBeamTV. Now, the same Dutch iOS app developers have released a similar app called Mirror for LG TV, which obviously allows you to show the content displayed on your iPhone or iPad on your LG smart TV.

This new functionality is made possible by the new ReplayKit framework embedded in iOS 11. Similar to the Samsung compatible app, Mirror for LG TV works with devices manufactured by the South Korean companies in 2012 or later. The newest models that are based on WebOS are also supported! It’s a great way of showing the content that’s playing on your iPhone or iPad directly on the large screen of your smart TV without using any wires or additional hardware. The only downside is that the mirroring has a small latency, between 1 and 3 seconds, that makes it unsuitable for gaming. However, you can successfully use for watching movies, photos, providing presentations and much more.

How To Mirror iPhone / iPad To LG TV 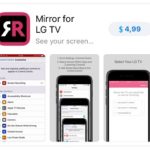 1. Download Mirror for LG TV app on your iOS device.
2. Configure the iOS 11 Control Center and activate the Screen Recording feature.
3. Open the Mirror for LG TV app and allow it to find your Smart TV.
4. Tap on the name of your LG TV to select it.
Tip: Allow the app to notify you when needed.
Fact: Watch a demo video that automatically opens to explain how to use the app.
6. Open the iOS app that you want to mirror.
7. Next, swipe-up to bring up the Control Center. Long-press the Screen Recording icon and select Mirror LG TV to start recording.

Tip: Make sure that both iPhone / iPad and the LG TV are connected to the same network. Avoid using VLAN’s. 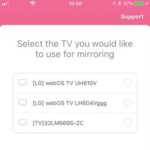 Similar to the Samsung mirroring feature, the LG version can’t provide audio when mirroring the Safari browser.
Sound also stops if you switch apps during the mirroring process. This is why it’s important to first open the application and then start displaying its contents on your Smart TV.
Be aware, that apps like Netflix can’t be mirrored because of the Digital Right Management system limitations!

Tip: Did you know that you can also mirror your Mac to Samsung TV and LG TV?