Posted in Errors and Issues by Mary on October 6, 2022 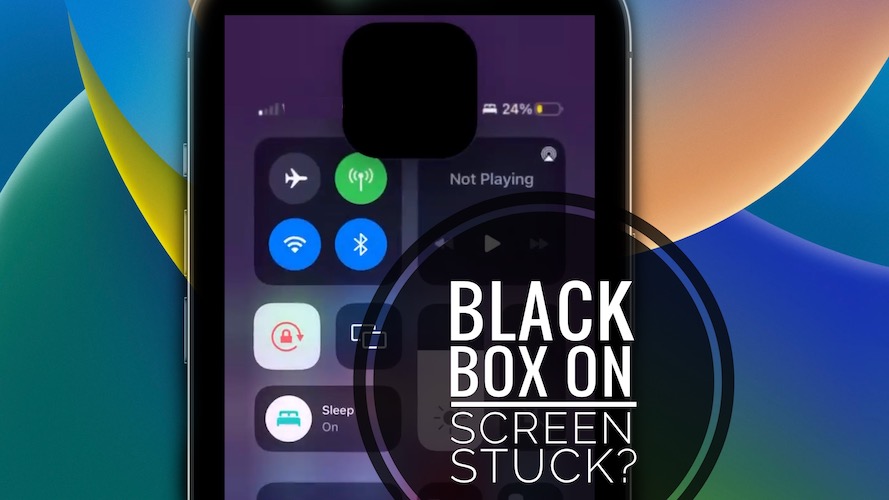 Is a black box stuck on iPhone 14 screen? The item has a squared shape with rounded corners and won’t go away from the top of the screen, when you browse your Home Screens, App Library, Control Center and other interfaces?

This issue has been reported by Xander T.:

“I’m frequently stuck with a black box at the top of the screen. It appears to be the face id animation that’s glitching out. Has this been reported?”

We’ve found a similar report on Twitter which confirms that this is a Dynamic Island Face ID related issue!

How To Fix Face ID Black Box Stuck On Screen

Until Apple patches this glitch in an upcoming software update, you can temporary fix the problem by rebooting your iPhone 14 Pro / 14 Pro Max.

I recommend you the force restart trick:
Briefly click & release Volume Up, Volume Down followed by a press & hold of the Side Button until the screen turns black and the Apple logo is displayed.

Have you managed to get rid of the Face ID black box that won’t go away from your iPhone screen? Do you have a better solution or more questions? Share your feedback in the comments!

Related: Readers have also reported about a black box that’s stuck on the iPhone Lock Screen in iOS 16. This is most likely by the Now Controls widget. Here is how to fix it!