Apple Watch Mirroring Not Working On iPhone In iOS 16? (Fix) 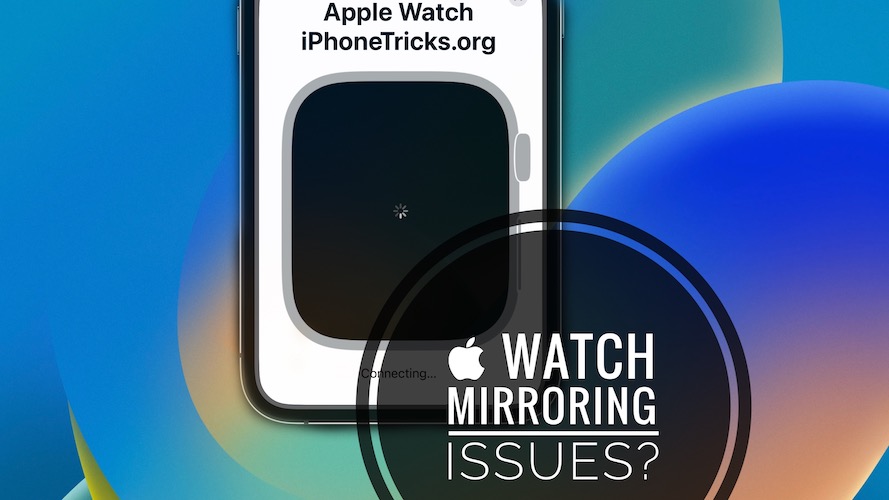 Is Apple Watch mirroring not working on iPhone in iOS 16? You want to control the screen of your watchOS device but this new feature isn’t showing up in Settings or is stuck Connecting? Here is why and what you can do about it! 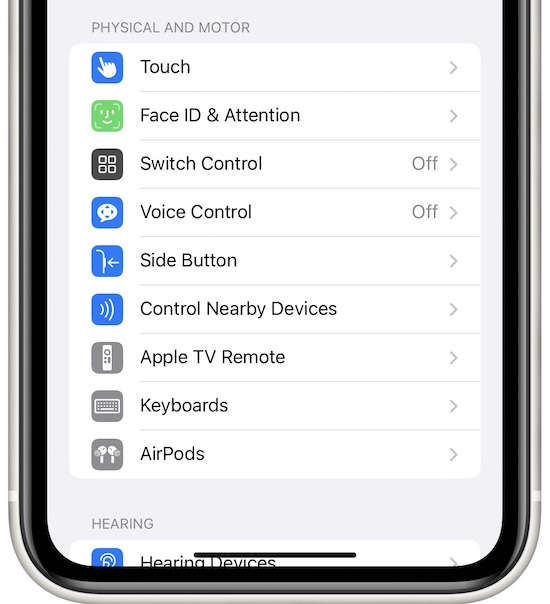 This issue has been initially reported by Mo:

It’s been also mentioned by Seven11:

We’ve managed to replicate some of these issues and also found the available fixes.

Important: Before you start trying the troubleshooting tips, please be aware that Apple Watch Mirroring in iOS 16 is only available for Apple Watch 6 and later models (7, 8 and Ultra?) as confirmed by this support document.

If you own an iPhone model running iOS 16 that’s paired to a Series 5 or earlier you won’t see the Apple Watch Mirroring option in Settings -> Accessibility.

How To Fix Apple Watch Mirroring Not Working 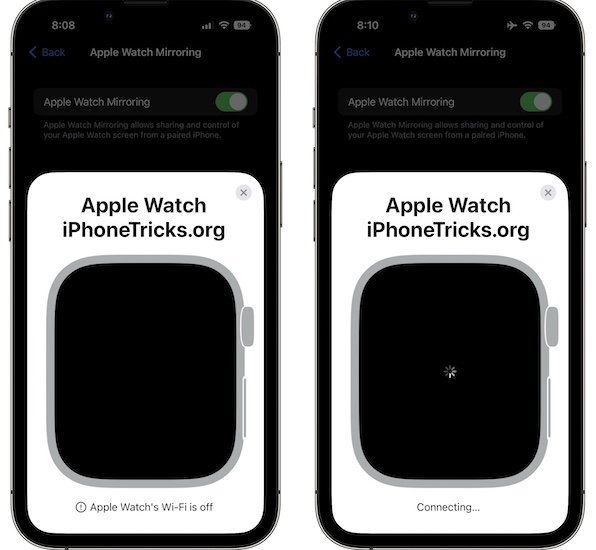 This is a new feature that might glitch out every now and then. Until, Apple fine tunes it in the upcoming software updates proceed as follows.

1. Turn ON WiFi On Both Devices

The AirPlay wireless protocol is used by this new iOS 16 feature. If there are any obvious connectivity problems, you’re informed in the lower part of the Apple Watch mirroring card, once you try to initiate the connection.

Tip: Make sure that Wi-Fi is turned ON on both iPhone and Apple Watch. To be sure that the connection isn’t blocked. This is done easily from the Control Center of both devices!

Fix: If problem persists, you can turn ON Airplane Mode and turn it back OFF a couple of seconds later on both devices to force them to search for connection.

If the mirroring screen is stuck on ‘Connecting…’ you should force restart the watchOS device. I’ve found this fix helpful, the only time I encountered problems mirroring the Apple Watch screen to the iPhone.

How to: Simultaneously press & hold the Digital Crown + Side Button until the Apple logo is displayed on the screen. Be patient until the reboot is completed and try to turn On mirroring.

If the problem persists and the Apple Watch screen is still not showing on the dedicated iPhone card, you should also reboot the iOS device.

How to: Use the force restart trick shown here.

Have you managed to fix Apple Watch Mirroring not working on iPhone? Do you have a better solution or other questions? Share your feedback in the comments! We’re here to assist you.

Related: For any other common watchOS 9 issues and the available fixes please check our extended review!