Hey Siri Available Full-Time On iPhone 6S and 6S Plus 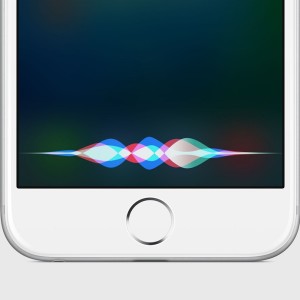 Thanks to the embedding of the M9 motion processor (which now becomes a co-processor), within the A9 Chip, the 2015 iPhones are able to provide the Hey Siri feature all the time and not only when plugged-in, the way the previous iOS gadgets are set to operate. This is a major improvement allowing users to efficiently call their virtual assistant, without the need of touching the iPhone. Siri has become more proactive and intelligent within iOS 9. This means that you can call her to clarify almost anything.

Hey Siri was first added to the iPhones one year ago, during the iOS 8 release and created quite a bunch of controversy, because it replaced the Raise to Speak feature, that allowed owners to activate Siri, with the gesture trick of raising the device. The fact that the new voice command is limited to the iPhone’s plugged-in status, annoyed and will continue to annoy a lot of Apple fans, because this iOS 9 enhancement only work for the iPhone 6S and 6S Plus users.

How To Set Up Hey Siri in iOS 9 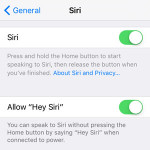 To be able to wake your virtual assistant via voice command you have to configure the feature first. In iOS 8 it was enough to toggle the Hey Siri knob to the ON position and Siri would answer whenever your device was plugged-in.
As mentioned above, starting with iOS 9, Siri got more clever and is able to recognize your voice. This means that Hey Siri will work on your iPhone only if the command is spoken with your own voice. That’s a great addition preventing those accidental Siri wake-ups, from music playing in the background, or other individuals speaking “Hey Siri”-similar constructions. So, here is how to configure Hey Siri in iOS 9: 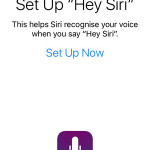 Step 1: Grab your iPhone and open the Settings app.
Step 2: Browse to General -> Siri or search for Siri in the home screen Search bar.
Step 3: Tap on the Allow “Hey Siri” knob and toggle it ON.
Step 4: The Hey Siri Set Up Screen opens up. Tap on Set Up Now to make your voice recognizable by the virtual assistant.
Step 5: Complete all 5 steps which include you speaking out the words “Hey Siri” for three times and the phrases “Hey Siri, how’s the weather today?” and “Hey Siri, it’s me.” At the end you get a confirmation that the feature was properly configured and that Siri will recognize your voice from now on.

Hey Siri Always-On For iPhone 6S and 6S Plus 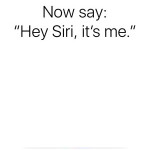 Because of the integration of the M9 processor within the A9 chip, the motion hardware is now always active, thus able to provide the features such as Hey-Siri full-time and not only when iPhones are plugged-in. According to Apple, the battery life compromise is not too big.
Hey Siri has to be set up in the same way as shown above, the only difference is that it will be always active on the 2015 iPhones. This underlines the importance of voice recognition, as accidental Siri wake ups during important meetings could be quite embarrassing.