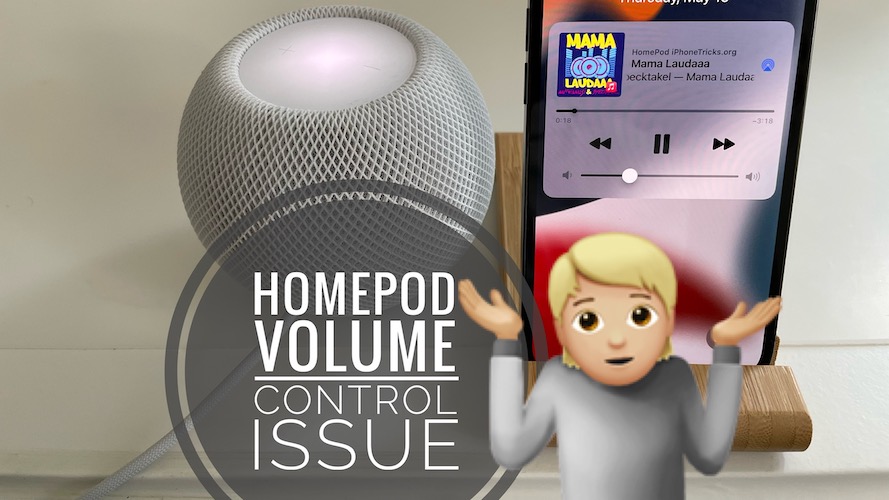 Is the HomePod volume control not working as expected? You’re trying to adjust the sound level but the outcome is unpredictable? The audio output jumps in the opposite direction or doesn’t change at all? This is caused by a HomePodOS bug.

How To Fix HomePod Volume Control Not Working 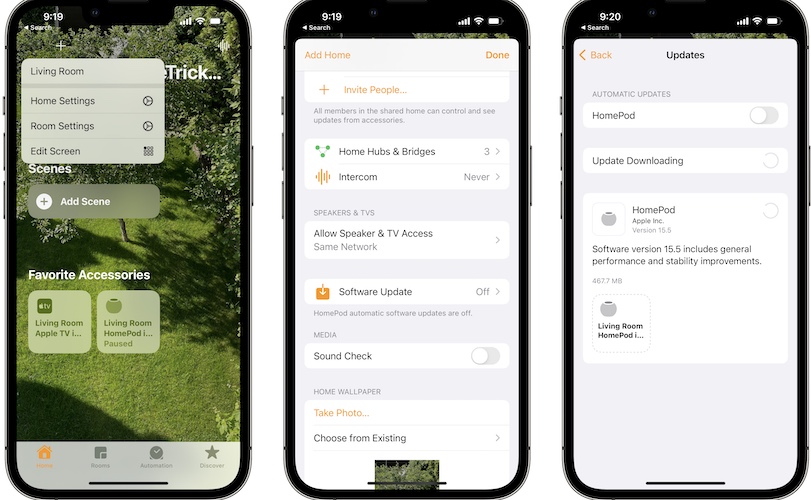 This issue flared up during version 15.4. Apple has patched it in the most recent 15.5 Version.

So, make sure that both HomePod, HomePod mini are updated to firmware 15.5 (or later) and iPhone to iOS 15.5. 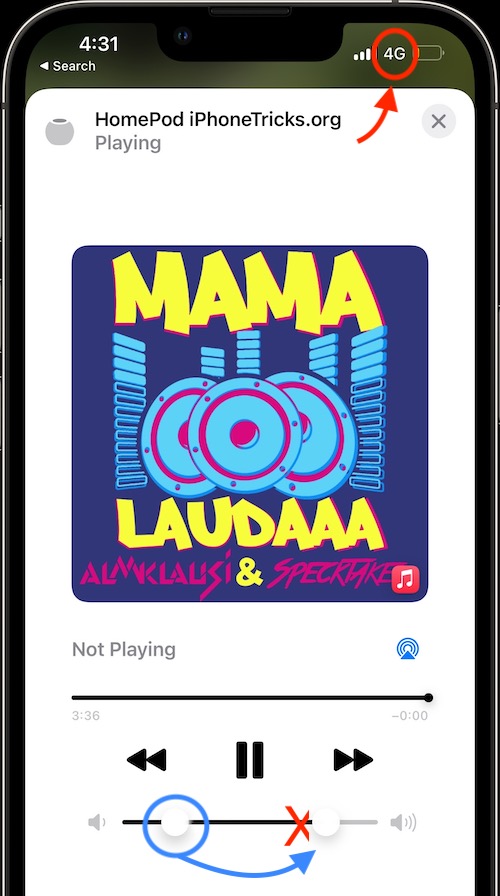 If you’re still dealing with the HomePod volume control not working problem, make sure that the iPhone or iPad that you’re using to tweak the audio output is within Wi-Fi range.

HomePods tend to have a better Wi-Fi antenna when compared to iPhone. So, if you’re using the smart speaker in your garden at the limit of the WiFi range, the iOS device might drop wireless connectivity and not able to forward your interaction with the volume bar!

If, HomePod mini volume doesn’t change, glimpse in the top-right corner of your iPhone and check if the WiFi connectivity icon is displayed. If you see 5G or 4G instead it means that your smartphone is disconnected from your wireless hotspot, thus unable to control the HomePod volume until you reconnect. 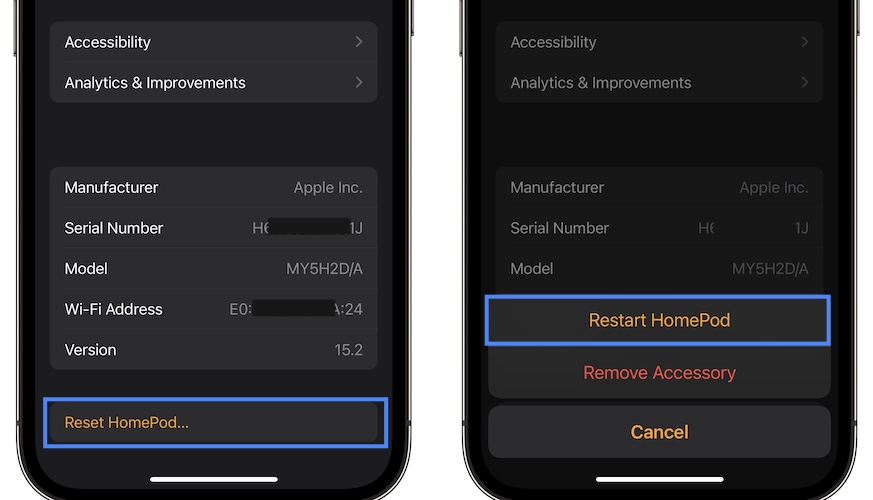 Last but not least, you should reboot iPhone and restart HomePod. A minor glitch could prevent the two devices from communicating and cause the volume control problems!

Have you managed to fix the HomePod volume issues? Which fix helped out? Do you have a better suggestion? Use the comments section and share your feedback!

Related: Here is how to check HomePod Wifi signal strength!