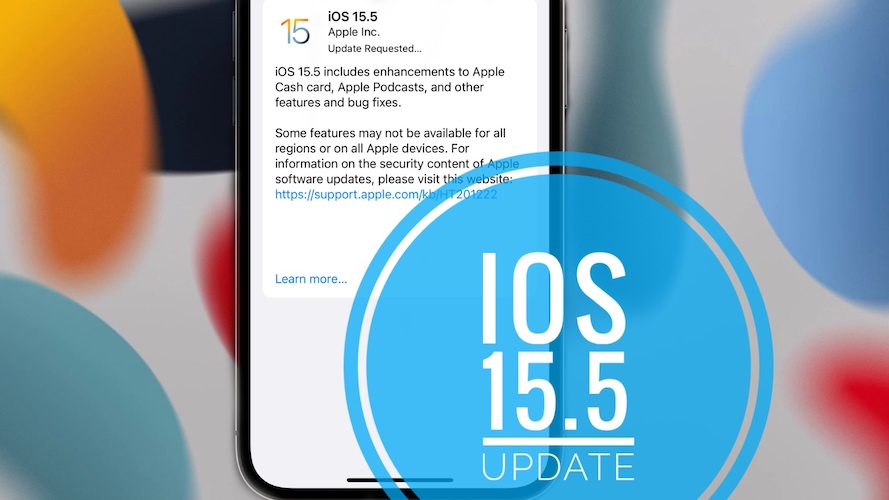 Apple has released iOS 15.5 update with build number 19F77. It brings more functionality to the the Apple Cash card as well as enhancements to the Apple Podcasts app. Other new features and bug fixes are also mentioned in the release notes. 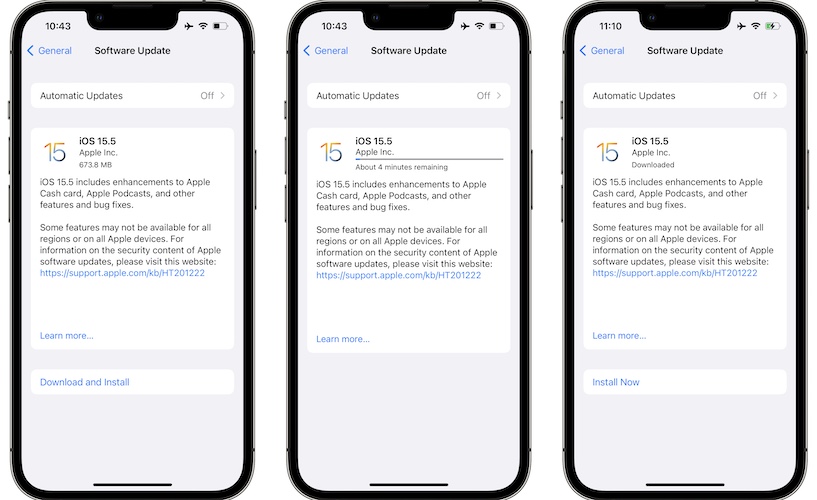 As usual, this update is available over-the-air. Your iPhone and iPad will automatically update if this option is enabled. However, you can also force the update right away in Settings:

Unlike iOS 15.4, this 5th major update of iOS 15 doesn’t have a rich update log. The release notes mention only two new features: 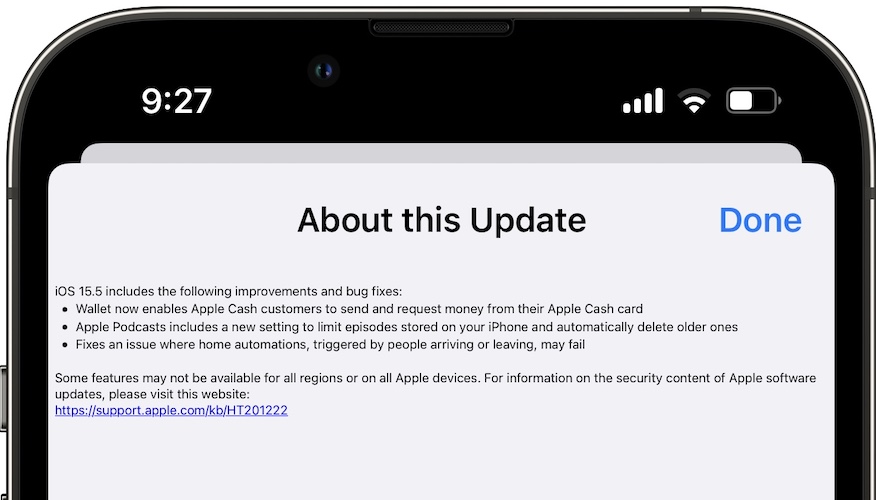 Any other changes spotted in iOS 15.5 are listed below:

Other issues fixed by iOS 15.5 are listed below: 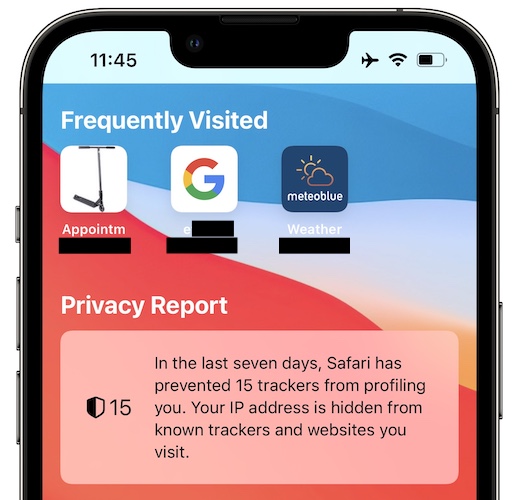 Fact: The security content of the iOS 15.5 update is available here.

Unfortunately, most new releases also allow minor or more significant problems to slip through the beta testing phase. Any new bugs spotted in this release are listed below, along with available troubleshooting tips:

Have you updated iPhone or iPad to iOS 15.5 / iPadOS 15.5? What’s your feedback? Use the comments section and share any enhancements, new issues or bug fixes that aren’t covered in this article!

We will review them asap and update the content!