iOS 10.3 Brings APFS To Your iPhone And iPad 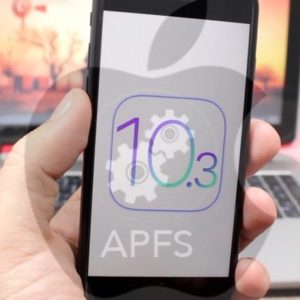 Apple has recently seeded iOS 10.3 for its worldwide iPhone and iPad users. It’s a must have update that brings an important under the hood change to your beloved mobile devices. The iOS file system has been completely revamped. The old HFS+ has been replaced with the revolutionary APFS, Apple File System in a further attempt to optimize the software that powers your Apple devices. The change was announced during WWDC 2016 and has been implemented with the release of iOS 10.3.

iPhones and iPads are the first devices that benefit from the new file system, but its expected that all other popular Apple devices like Mac Pro, MacBook, iMac Apple TV and Apple Watch will convert during 2017. With going too much into details you have to know that the old HFS+ is a file system that was used by Apple ever since 1998. However, technology has made some tremendous leaps in the past decades and HFS+ became updated. After several tuneups and facelifts it seems that it has reached a point that could slow down future evolution, thus forcing Apple to implement the new APFS, that’s more suitable for modern hardware like solid state disks and flexible enough to cover multiple platforms.

What To Expect From APFS? 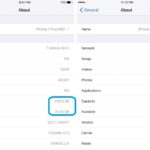 If you’re the average iPhone user the switch can easily pass unnoticed. That’s because the Apple File System doesn’t bring any visual changes to you iOS 10.3. It does make it act and feel faster though, mainly because APFS is developed to prioritize app launches and focus on data delivery.
One important thing that won’t surly pass unnoticed, especially to those iPhone users that are struggling with storage, is the fact that it frees up a significant amount of space on your smartphone. APFS is refined to cope hand in hand with SSDs. The TRIM command that is recognized by this new file system saves a lot of space for users that have a habit of deleting a lot of files. 16GB iPhone 5S and iPhone 6 owners surly know what I’m talking about!
Fact: The changes from HFS+ to APFS might save up to 7,8 GB of space for 264 GB iPhone users, as you can check in the nearby print-screen.

How To Upgrade Your iPhone To APFS 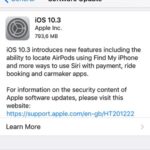 Switching from HFS+ to the new Apple File System is very easy. You only have to perform an OTA (over-the-air) software update on your iPhone. Grab iOS 10.3 or later and the APFS will be automatically implemented. Do note, that the update will take a little longer than usual because all files available on your iPhone and iPad will be re-written and changed to the new system.

How To: Tap on Settings and browse for General -> Software Update and allow your iPhone to check for an update. After it detects iOS 10.3 hit on Download and Install. The upgrade will be first downloaded and after that you’ll be prompted to start the installation. Do so and be patient until the whole process completes!

Tip: Make sure that your iPhone is plugged-in or has at least 60% battery juice left when you initiate the process!

iOS 10.3 Update Log
Apple doesn’t mention anything about APFS in the iOS 10.3 software update prompt. It does instead inform us about new features like: the ability to locate AirPods with the help of Find My iPhone, additional ways to use Siri for payments, ride booking and carmaker apps.
For extended information please check the full update log listed below:

Find My iPhone
– View the current or last know location of your AirPods.
– Play a sound on one or both AirPods to help you find them.

Other Improvements and Fixes
– Rent once and watch your iTunes films across your devices.
– New Settings unified view for your Apple ID account information, settings and devices.
– Hourly weather in maps using 3D Touch one the displayed current temperature.
– Support for searching “parked car” in Maps.
– Calendar adds the ability to delete an unwanted invite and report it as junk.
– Home app support to trigger scenes using accessories with switches and buttons.
– Podcasts support for 3D Touch and Today widget to access recently updated shows.
– Podcast shows or episodes are shareable to Messages with full playback support.
– Fixes and issue that could prevent Maps from displaying your current location after resetting Location & Privacy.
– VoiceOver stability improvements for Phone, Safari and Mail.