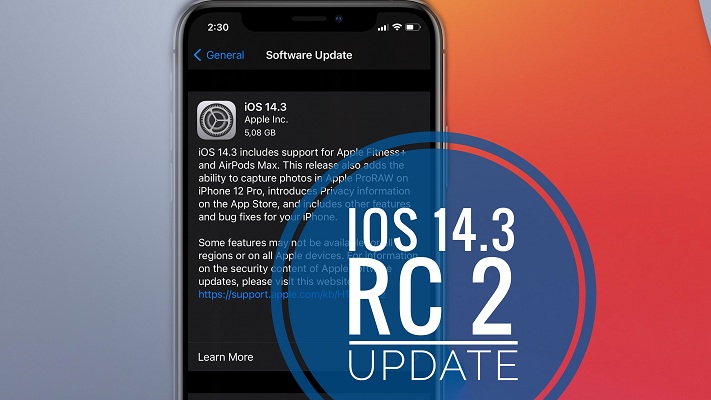 We initially called it iOS 14.3 GM (Golden Master), but apparently Apple has changed the naming of these pre-final versions from GM to RC, to avoid confusing situations just like this one. 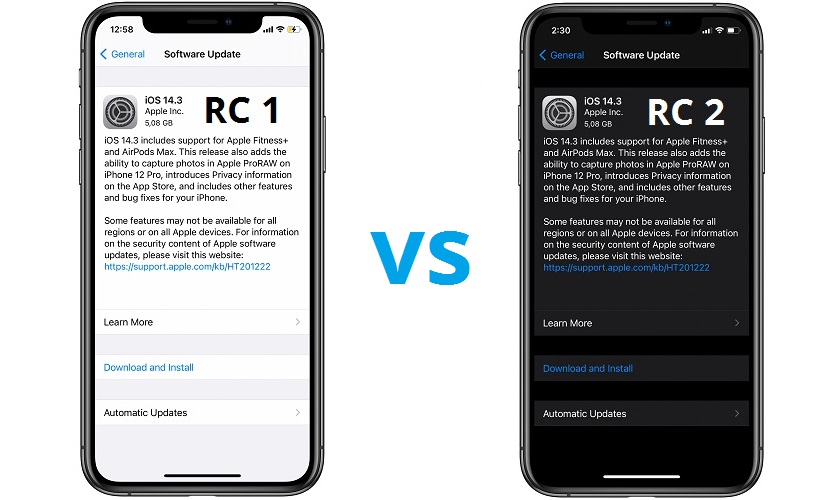 While the GM term has been used for an iOS software version that’s identical to the one that will be released, but is first seeded to Developers for a final test, it made it hard for Apple to justify a subsequent GM update in case a bug was detected between the GM release and the scheduled public release.

With iOS 14.3 Release Candidate seeded on Tuesday, Apple detected one or more bugs and was able to fix them in iOS 14.3 RC 2. In this case Release Candidate is a more general term that allows Apple to issue an infinite number of RC versions prior to the public release.

iOS 14.3 RC 2 comes with an identical update log and download file size. Apple doesn’t mention about the improvements added, but we can only hope that this is related to the annoying Messages notifications bug, that causes missing alerts for new iMessages or regular SMS. Yes, I know it’s wishful thinking, as long as the official bug fix log doesn’t mention it!
Fact: There are many other important bugs found in iOS 14.2 and iOS 14.2.1 that are waiting for a fix. We’ve listed them here.

How To Update To iOS 14.3 Release Candidate 2

If your iPhone is already on iOS 14.3 RC, only have to open Settings,browse for General -> Software Update and tap on Download and Install.
If your device is running the current iOS 14.2 or iOS 14.2.1 version and you want to upgrade to iOS 14.3 RC 2 to test if some of those annoying bugs have been patched you have to download the iOS 14 beta profile first. A detailed step-by-step tutorial is available here.

Have you updated to iOS 14.3 RC 2? Did you notice any additional bug fixes? Use the comments section and let us know. We will share your findings in the main article!

Related: Some of the most important new features coming in iOS 14.3 are listed here.