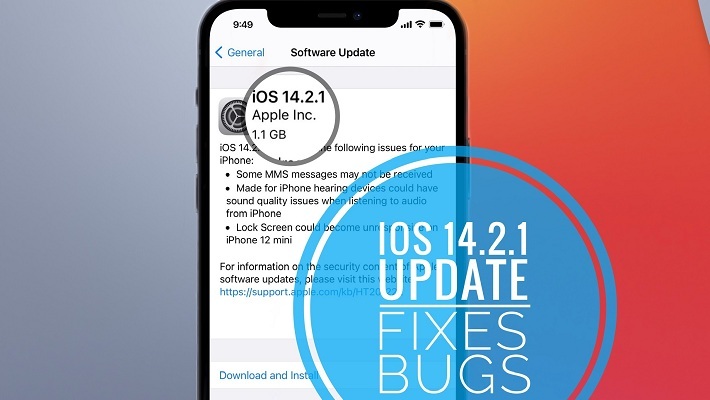 Apple has just pushed an emergency update labeled iOS 14.2.1, with build number 18B121. It comes to fix some serious bugs including the iPhone 12 mini unresponsive Lock Screen issue. Apple also mentions a fix for the some MMS text messages not being received in single and group chats.

The iOS 14.2.1 is very fresh but until now, it appears to be available only for the iPhone 12 lineup. Users owning the iPhone 12, 12 mini, 12 Pro and 12 Pro Max can download it over-the-air from the Settings app. We have also to add that this bug fix release also solves sound quality problems occurring with made for iPhone hearing devices! 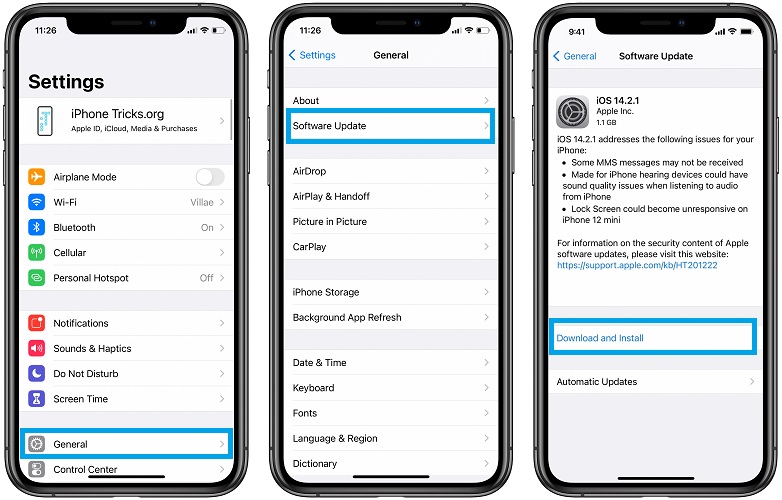 New iOS updates don’t trigger notifications instantly to prevent Apple’s servers from overloading if everyone updates in the same time. However, you can force the update by opening the Settings app and browsing for General -> Software Update. This will make your iPhone search for an update and the iOS 14.2.1 update screen will be displayed. Tap on Download and Install, provide your Passcode, agree with Terms and be patient until the new version is downloaded, prepared for update and installed on your iPhone 12.

According to Apple iOS 14.2.1 is a minor update that fixes the following issues.

– Some MMS messages may not be received.
– Made for ‌iPhone‌ hearing devices could have sound quality issues when listening to audio from ‌iPhone‌.
– Lock Screen could become unresponsive on ‌iPhone 12‌ mini.

Has iOS 14.2.1 fixed the iPhone 12 mini touch screen issues? What about missing notifications from Messages? Did you notice any other fix? Don’t hesitate to use the comments section and share your findings.