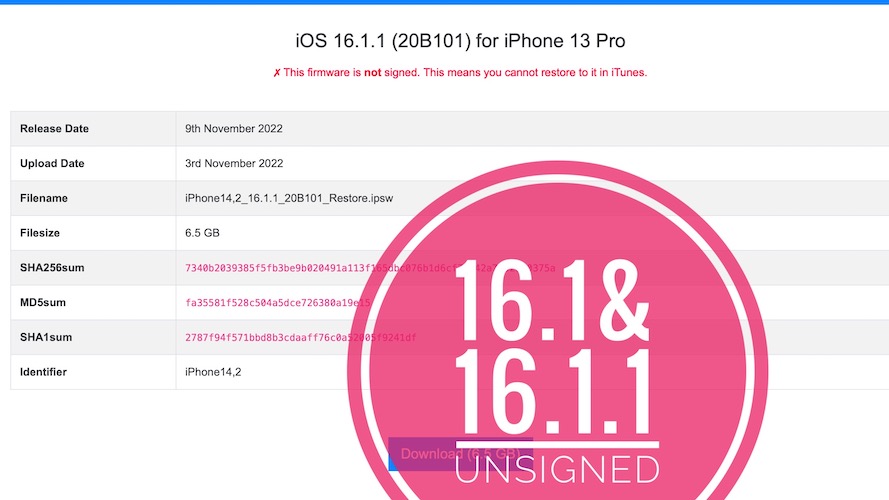 This change is confirmed on the ipsw.me website, as you can see in the above screenshot.

Fact: iOS 16.1 has remained signed for quite a long time after it stopped being the most recent iOS 16 version available. 16.1 was released with new features and bug fixes on October 24 and became obsolete on November 9, with the rollout of iOS 16.1.1.

Conclusion: Such a long signing period can only confirm that the current versions are still packing lots of bugs and Apple provided users a longer option to downgrade.

Encouraging, is the fact that they’ve been unsigned as we approach the iOS 16.2 public release, which means that Apple is confident that it has fixed most issues in the upcoming release!

Nevertheless, iOS 15.6 RC is still signed, which means that you can downgrade every iPhone running an iOS 16 version to it. (excepting the iPhone 14 and 14 Pro models)!

What iOS version are you currently using? Do you plan to update to iOS 16.2 when it’s released? Share your feedback in the comments.

Related: We’ve covered all the iOS 16.1.2 problems and shared available workarounds in this extended review.