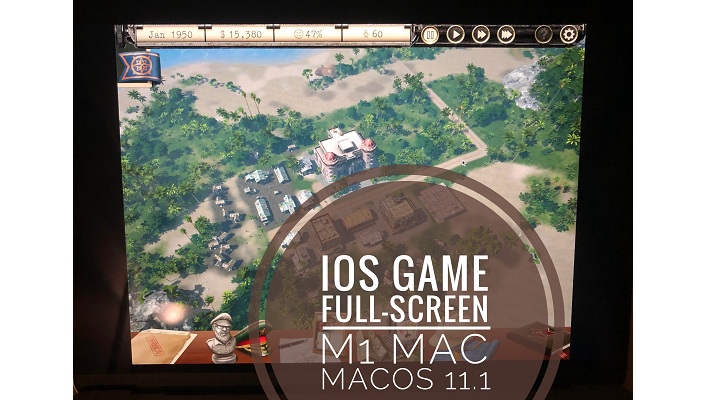 Do you know that you can now run iOS apps in full-screen mode on the new M1 Mac? This is available starting with the latest release of macOS Big Sur. All that you have to do is update your machine to macOS 11.1! You’ll also be able to switch iPhone and iPad app windows between landscape and portrait orientations.

macOS Big Sur 11.1 has been released a couple of days ago. It’s highlighted new features are AirPods Max Support, new Apple TV+ tab and support for editing photos captured in the new Apple ProRAW format! However, this hidden feature that allows full-screen view for iOS apps can prove itself much more helpful.

A list of iOS apps & games that work with a controller and can be played in full-screen on the M1 Mac in macOS Big Sur 11.1 are:

HBO Max (iPad app)
Fact: If you tested an iOS app and consider it useful to run it full-screen on M1 Mac, please use the comments section available at the end of the article to share it with us. We will updated it in this section.

Why Full-Screen For iOS Only On M1 Mac?

The new Apple Silicon M1 chips have the same ARM architecture with the A-series chips available for iPhone and iPads. This means that iOS apps can be run without using an emulator on the new Macs.
However, Intel-based Macs would be too resource intensive for the older machines.
Tip: You can recognize iOS specific apps in the Mac App Store with the help of the “Designed for iPhone / iPad” labels.

How to Install Any iOS App On Your M1 Mac

These are the steps that you have to follow to install an iOS app on your M1 Mac:
(Source: Parker Ortolani on Twitter)

Fact: the .ipa file has to be signed, download from Apple and registered to the Apple ID used on your Mac.

Are you running iOS apps on your M1 Mac? Let us know which one and why you would recommend it! Use the comments section available below.

Related: How to check if an app installed on your Mac is optimized for the M1 Apple Silicon chip!