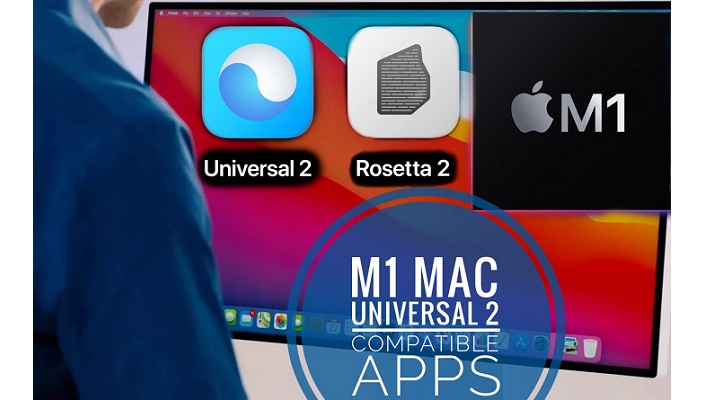 Apple’s new M1 Silicone Chip, that’s powering the 2020 Mac flagships, requires third-party apps to be updated by their developers to the Universal 2 standard, in order to be able to run natively and reach peak performance in macOS Big Sur. Some apps have been already updated with support for M1 Mac while others are still only customized for Macs that are powered by Intel processors.

The M1 Mac can run apps that haven’t been updated, thanks to Apple’s Rosetta 2 emulation system. However, apps that run through the translation layer will generally run slower when compared to Universal apps that are executed directly. This is why it’s important to know if an app is M1 native, or running via emulation.

Fact: You might be surprised but M1 Macs are so fast, that they can still run non-native apps, via emulator software, faster than Intel-based Macs that run them natively!

Nevertheless, here is how you can check which apps running on your Mac, come with Universal 2 binary support and which are yet to be updated. 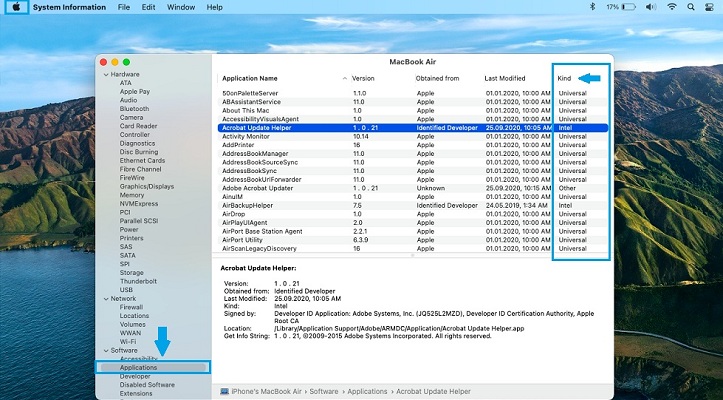 How To Check For M1 Mac Optimized Apps

You might want to know if an app is optimized for the Apple Silicon chip before you install it on your machine. At the moment, there is no dedicated Mac App Store section for this on the app’s pitch page. So, unless the developers confirms that the app comes with Universal 2 binary support, there is no way else to tell.
Fortunately, other Mac owners are testing out these macOS apps and are reporting whenever a new software receives M1 Mac support. You can check a comprehensive list on isapplesiliconready.com.

Yes, apps that support both Intel and M1 Mac chips are requiring additional free space on your Mac because they practically come in two version. There is a general impression that the apps will double in size. However, this shouldn’t be the case because both version will have plenty of common elements like images, that can be used by both versions and don’t require duplicates. However, an increase in storage demand can be definitely expected. An app can grow between 10 % – 50 % in size when receiving Universal 2 support.

Suggestion: A good idea would be if the Mac App Store would allow developers to upload versions for Intel and M1 Mac computers.

Important: The Rosetta 2 emulator is Apple’s temporary solution to ensure a smooth transition for app developers from Intel-based Macs to the new machines backed by the Apple Silicone chips. All apps will have to ultimately update with support for the Universal 2 binary standard and allow apps to natively run on both Intel and M1 arm-based processors. This transition could last anywhere between 2 to 4 years.

Related: How to fix M1 Mac Bluetooth issues and the error that’s crashing the restore process.