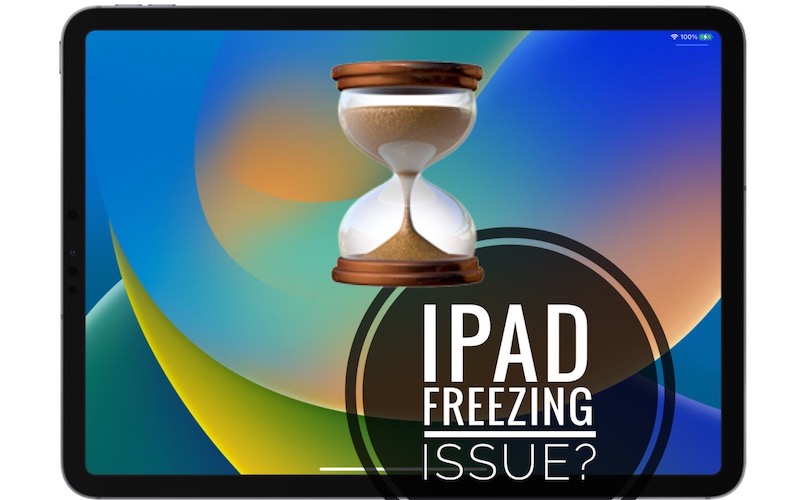 iPad freezing frequently after iPadOS 16 update? Device becomes unresponsive for a good couple of seconds? Pressing the Home Button brings back the Home Screen after a significant delay? You’re not alone!

This issue has been initially reported by Timmermans:

“After updating my iPad Pro 2021 12,9 inch to iPados 16.1, I have the issue that my iPad freezes. Pressing power or volume doesn’t help. After about 5 seconds its goes back to main screen.”

The problem has been confirmed by Michael:

“I have just now the same issue.”

We could not replicate this bug, but have found similar complaints on Reddit:

“On random apps, it just freezes. You can close the app via multitasking but it happens frequently for me.”

Are you experiencing the iPad freezing episodes too? Share your feedback in the comments along with any other useful info. Are you still encountering this unexpected behavior in iPadOS 16.1.1 too?

How To Fix iPad Freezing After iPadOS 16 Update

There’s not much you can do to prevent these issues:

Open the App Store and make sure that you install all available app updates. Third-party apps might no be updated with iPadOS 16 support yet and thus generate conflicts and lags.

You can also try to restart your device. A fresh start should unfreeze iPadOS 16:

Have you managed to fix iPad freezing in iPadOS 16? Do you have a better solution or other problems to report? Share your feedback in the comments.