Posted in Errors and Issues by Patricia on September 13, 2022 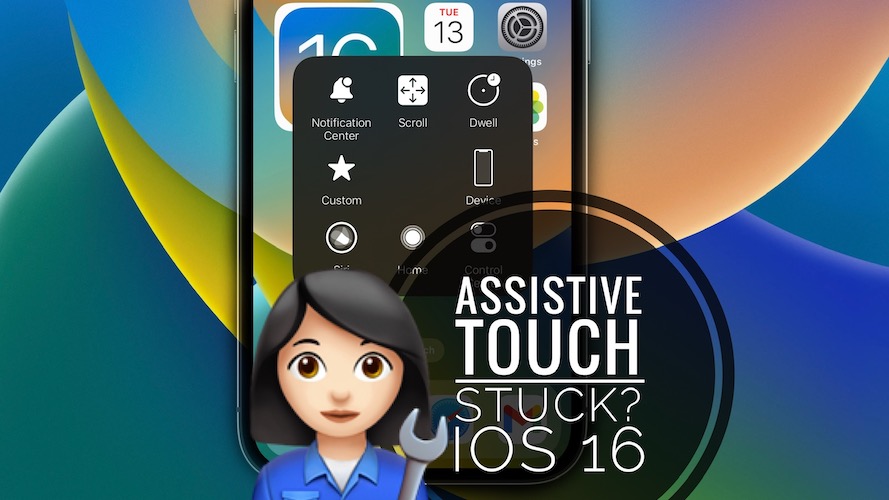 Assistive Touch not moving in iOS 16? Is the digital Home button stuck on screen after the update? You’re not alone. AssistiveTouch not working appears to be a widespread bug. Fortunately, there’s a quick fix for it!

The issue has been initially signaled by lucinda:

“Assistive touch button not moving on the screen since I’ve updated to os 16!”

We couldn’t replicate this issue, but have found several other reports on Twitter.

Update: Apparently, users affected by this issue had Assistive Touch turned ON prior to the update. Does that enable the feature after updating to iOS 16 should be safe.

How To Fix Assistive Touch Stuck In iOS 16

Users affected by this issue have confirmed the following fixes:

1. Turn AssistiveTouch OFF & ON 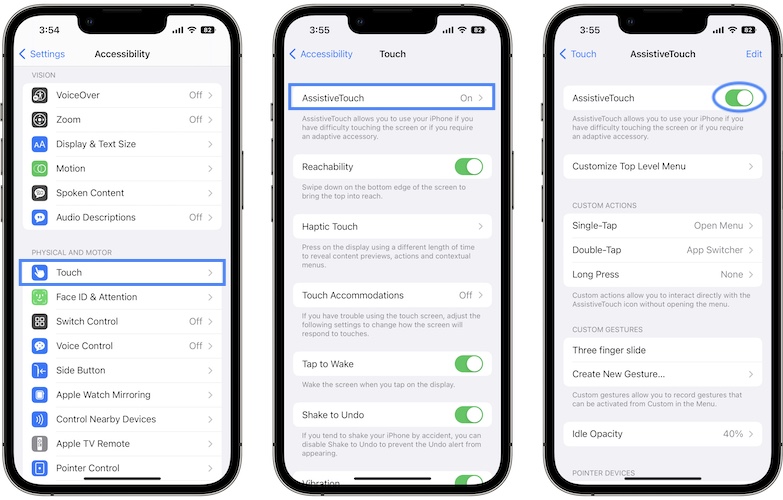 If you continue to encounter Assistive Touch problems, you should also perform a device reboot.

A fresh start should clear minor glitches. I recommend you a force restart as shown here (iPhone X or later) or here (iPhones with Home button)

Have you managed to fix the Assistive Touch button issues in iOS 16? Do you have a better solution or more questions? Use the comments to share your feedback.