iPhone 8, iPhone 7S and iPhone 7S Plus To Be Unveiled In September 12 Keynote 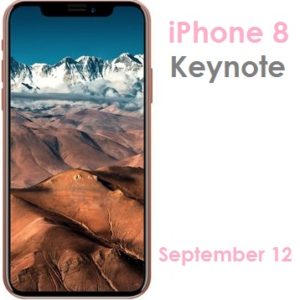 Although there’s no official confirmation for the release date of the 10th iPhone generation, tech analysts tend to agree on the unveiling day. The iPhone 8 is expected to be presented to the world on September 12, a Tuesday, to match the pattern of the previous keynotes. If habits are followed all the way, preorders will be starting on Friday, September 15 and the first units will reach the hands of customers 10 days after the event, on September 22. Yes, these dates aren’t confirmed yet, as we did not yet receive any event invitation but we expect it to arrive any moment now.

Why September 12?
In 2017, September has 4 Tuesdays: 5, 12, 19 and 26. September 5 can be scratched from the list because keynote invites should have been dispatched by now. September 12 is in pole position as the chosen day, because it’s the only Tuesday left in the first half of the month. September 19 might also be a good choice especially with Apple emphasizing on number association when it comes to keynote dates. 1 + 9 equals 10 which is the number of iPhone’s anniversary celebrated this year! Any other later date would push iPhone sales towards October and I’m sure that Apple’s marketing team would want to avoid that, especially with Samsung already pushing out Note 7, in late August.

iPhone 7S and iPhone 7 Plus 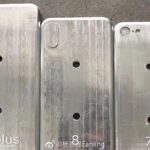 The iPhone 8, or iPhone X, or iPhone Edition or however else Apple will market it’s 10th generation flagship won’t be the single smartphone unveiled by the Cupertino-based company during the September keynote. It will be Apple’s first OLED display device, but the company will still include two LCD iPhones to continue the traditional iteration of the past few years. iPhone 7S and iPhone 7S Plus should include small design changes along with a few hardware updates.
Fact: As usual the September keynote isn’t all about iPhone. A new generation of Apple Watch models is expected, as well as new Apple TV hardware. Of course, iOS 11 will also be seeded along the way!

iPhone 8 Pricing
Sadly there can’t be only good news when it comes to the 10th iPhone flagship. The edge-to-edge display equipped with revolutionary Face ID recognition technology and many new features will most likely also feature the first price increase of a new iPhone in the past few years. Unfortunately, rumors speak about a considerable pricing leap. In the past few years the entry level new iPhone model was priced at $649. Well, the iPhone 8 is expected to start at a whopping $999 for the smallest 64 GB storage and go as high as $1149 for the 256 GB model!
The iPhone 7S is expected to start at $699!