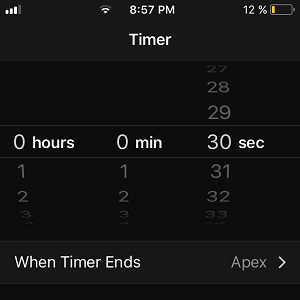 Sometimes it’s the little things that make the difference and the new Seconds division, added to the stock Timer app, in iOS 11, is a highly welcomed addition for those that like precision. If your iPhone or iPad runs the 11th iOS generation you can set countdown timers for time frames less than a minute, or that come with a higher precision.

Let’s say that you want to boil an egg for exactly 4 and a half minutes. In iOS 10 or earlier you had to either choose 4 or 5 minutes if you would set the Timer manually. Yes, you could add the seconds component with the help of Siri, but lack of Internet connectivity would prevent the iPhone or iPad virtual assistant from completing the task. iOS 11 is in its early testing stage. If you’re not ready for the bugs and lags of the early beta take a glimpse at the print-screen nearby and see how the new Timer looks like. 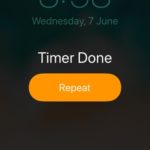 iOS 11 Adds Repeat Timer Option
Another change that I noticed while testing out the upcoming iPhone OS is that the Timer also comes with a Repeat feature, as soon as the countdown is depleted and the alert rings on your device. The Timer Done screen includes a Repeat button, along the classic Stop option. Tapping it will instantly restart the countdown.
That’s particularly useful when doing timed workout sessions and you don’t wanna lose your rhythm. 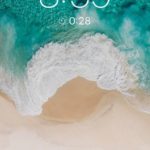 How To Set A Timer
The easiest way to set a Countdown timer is via Control Center. Swipe-up from the bottom of the screen and tap the Timer icon. It’s available by default between the Flashlight and Calculator toggles, but you can organize it your way, in the revamped Control Center.

Fact: We expect the same addition to the Apple Watch’s Timer app along with watchOS 4. Stay tuned for more info!