Shazam For iOS Also Available When iPhone Is Offline 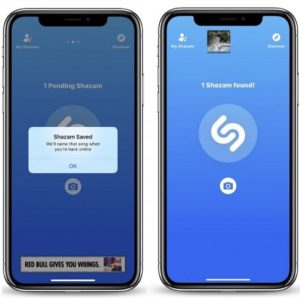 Shazam, the popular music recognition software, that has been recently acquired by Apple, has received support for Offline mode. This means that your iPhone is able to name the songs that you’re listening even if no Internet connection is available. Actually, this statement is half true, because what the app does is listen and record a part of the song and wait until your iOS device regains web access.

With Internet back online, Shazam interrogates its servers and provides a result to your request. The app then notifies the user regarding its findings, which means that you still have to get back to an Internet connection in order to find out the name of the song and the artists that sings it. Nevertheless, you’re able to capture the track when it’s playing and avoid missing the opportunity to identify it if there is not Internet around!

Fact: To be able to ask your iPhone to recognize music while offline, you have to download or upgrade to Shazam version 11.6 or newer.

How To Shazam Offline
1. Open the app from the iPhone or iPad Home screen.
2. Tap the middle button and allow your device to listen to a song that’s currently playing.
3. If you get the “Shazam Saved” prompt, it means that your request has been memorized and will be fulfilled as long as you get back in range or disable the Airplane Mode.
Tip: The “My Shazam” section of the app contains a list of your previous music interrogations.

Related: Do you know that you can also use Siri when iPhone is offline?