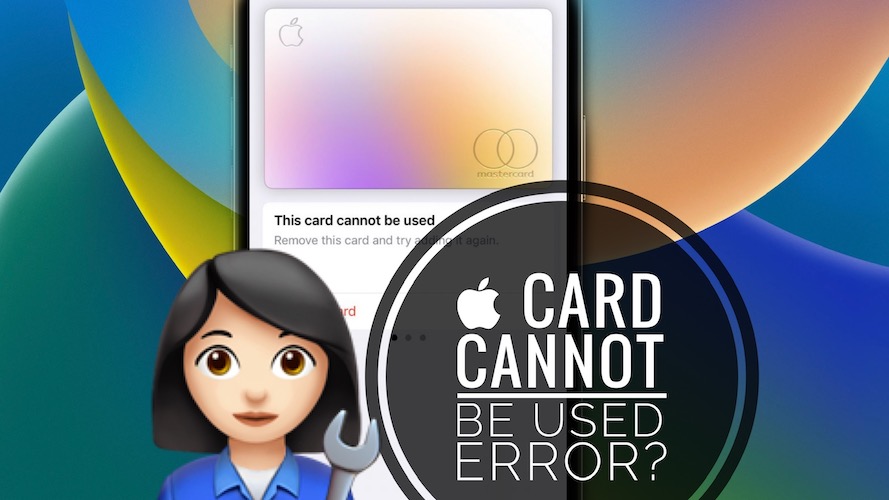 This card cannot be used error in Wallet.

Getting This card cannot be used Apple Card error in Wallet after iOS 16 update? iPhone labeling Apple Card as unavailable? You’ve been notified that the default card has been changed? Or worse, you tried to pay with your card and it did not work? 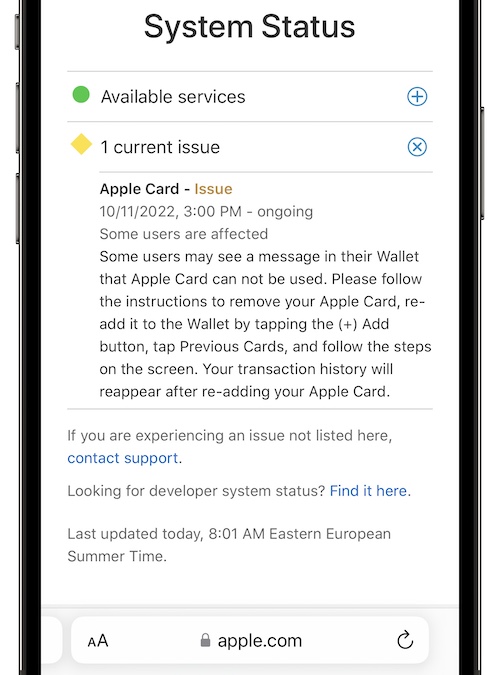 This issue has been reported by Carolinatechy:

“Apple card unavailable after ios 16.0.3 update. Had to remove and re-add it!”

We couldn’t replicate the issue, but iOS 16 has a history with Wallet card problems. Amex cards have been automatically removed and users had to re-add them during beta testing stages, as we reported here.

However, this Apple Card issue has been already acknowledged by Apple on their system status page:

“Some users may see the message in their Wallet that Apple Card can not be used.”

According to Apple, you have to remove and re-add Apple Card in order to fix this problem:

Important: You might be affected by this iOS 16 Apple Card error without noticing. The most annoying scenario is when your card is rejected at the counter!

Tip: Open Wallet and check if your Apple Card is available. If it isn’t proceed with the troubleshooting sequence provided above!

Have you managed to fix the Apple Card cannot be used issue? Does it come back after the initial fix? Do you encounter any other iOS 16 problems? Share your feedback in the comments. We’re here to help!