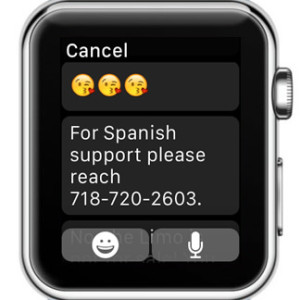 No matter if you wish to reply to a text message notification, or you just want to use your Apple Watch to send a reply to one of your contacts, the first options that you are prompted with are the Default Replies made available by Watch OS. They’re the best option when you wish to rapidly dispatch an iMessage or a SMS, without spending additional time, dictating the reply. Animated emoticons, or the Emoji faces are also easy to select, but not as suggestive as a text message.

Apple has preset six standard replies that iOS users, type most frequent when they answer to a message. However, it often happens that these predefined sentences aren’t the most popular ones in your vocabulary. The great news is that you can edit the Apple Watch Default Replies and personalize them to fit your needs. 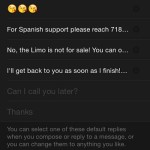 How To Edit Default Replies 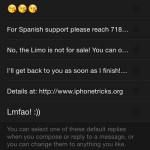 Tweak the saved answer texts from the Apple Watch app on your iPhone. Grab your iOS device, open the app and browse to My Watch -> Messages -> Default Replies. Tap on one of the six available fields and type the new standard reply. The order of the preset messages from top to bottom, is the same succession that the six variants will be shown on the Apple Watch Display.
You can use letters, numbers and Emojis as Default Message Replies. The length of a predefined text is practically unlimited. However, the longer a sentence is the harder is to use it as a general reply for multiple situations.
Tip: You can easily return to the native selections, by taping the small “x” icon available next to each edited reply! 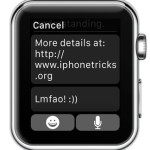 In the screenshot uploaded nearby, you have an example to how you can tweak the suggested replies. Depending on the situation, you can personalize the texts to suit your specific needs. Whenever you tap on Reply, after reading the message conversation, or the incoming notification, you’re prompted with the Default Replies list. Turn the Digital Crown to browse them and tap the one that matches the content of your next SMS. Do mind, that the message is sent right away. There’s no option to edit or add content to a predefined text. In case nothing suits you and you wish to send a personalized message back, tap the Microphone button and dictate your thoughts.

Watch OS allows your wrist gadget to also suggest a series of text replies, depending on the received message. The suggested responses are displayed first, followed by the six default replies controlled by you.
Do mind that suggested texts are only available when you Reply to an incoming Message. If you use the Side button to access the Friends carousel view and select a contact to message. You’ll only have the Default Replies available.
Some common Suggested Replies are: “OK”; “Thank you.”; “Thanks!”; “Thx”; “Yes”; “No”; “Absolutely”; “Nope”; “Talk later?”; “Can’t talk now…”; “Hold on a sec…”; “Call you soon.”; “Text you in a bit.”; “BRB”.