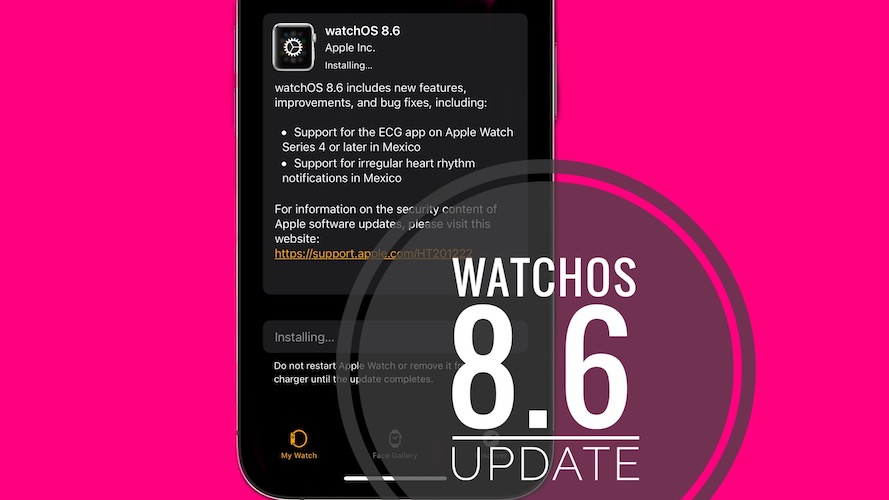 Apple has released watchOS 8.6 (19T572) with new features, improvements and bug fixes. This 6th significant watchOS 8 iteration comes a little over two months since the release of watchOS 8.5. It’s available for all watchOS 8 compatible Watches.

You can force the installation from the Watch app available on the paired iPhone: 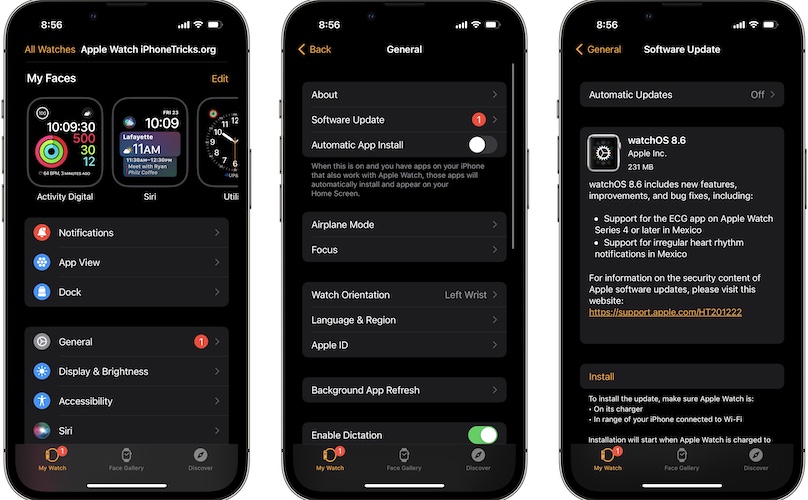 Fact: Watch has to be connected to its charger, with battery level over 50% and in range with the paired iPhone for the installation process to work. 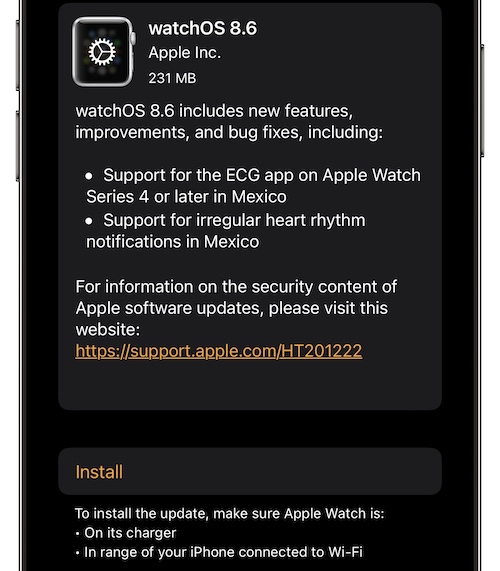 The release notes, highlight two new features, both of them being related to the region of Mexico:

However, unmentioned new features and improvements should be available for worldwide users. If you spot anything new don’t hesitate to share it in the comments and we will update it below:

The update log also claims that bug fixes are included in this release, without providing any other details.

Below, you can find a list with problems solved that have been identified by us or reported by other users:

Fact: For the security content of this update please tap here.

Besides new features, unfortunately, new bugs might also slip trough the beta stages. Below you can find a list with new problems reported in this version:

Have you updated to watchOS 8.6? What’s your feedback? Do you notice any changes, bug fixes or new issues that aren’t covered in this article? Use the comments section to share your feedback.