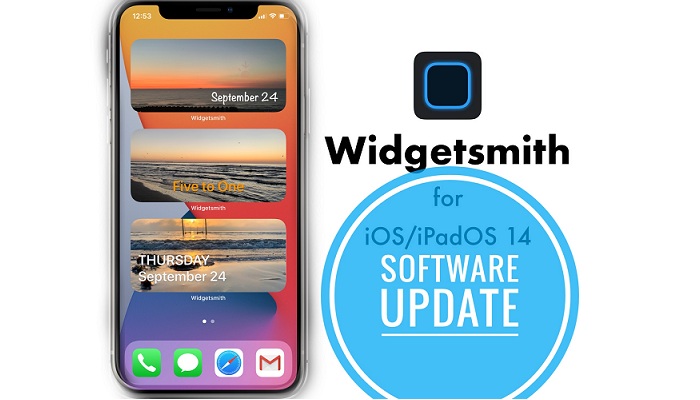 However, as any new app Widgetsmith comes with its fair share of bugs and glitches. Many users encountered the black screen error, No Data bug and other shortcomings. Although we’ve managed to provide fixes for most of these cases, now its time to fix the Widgetsmith grey screen bug for good. Download the app’s version 1.0.5 and you will get rid of the grey boxes.

How To Update Widgetsmith

This release is fresh and it might not appear in your App Store updates list yet so proceed as follows:
1. Open App Store on your iPhone or iPad.
2. Tap your Profile icon, available in the top-right corner.
3. Swipe-down to refresh the page for additional app updates. The Widgetsmith update should be displayed now.
4. Tap Update All and be patient until the new Widgetsmith is downloaded and installed on your iPhone or iPad.

On top of the grey screen fix, this Widgetsmith update also adds four new widgets that allow you to display the current date together with your favorite picture. This is a similar widget-layout to Widgetsmith’s popular competitor Color Widgets!
Here is how to use them:

You can take a better look at what’s new in Widgetsmith by watching this clip:

Have you updated Widgetsmith? Are you still experiencing the ‘grey screen’ bug? Let us know in the comments section available below.