3 Changes Coming To The Apple Watch Dock In watchOS 4 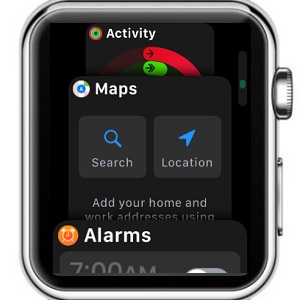 The Dock panel has been introduced to the Apple Watch along with the release of watchOS 3. It’s an interface that facilitates easy switching between apps, similar with the App Switcher feature available in iOS. The most recent used apps are one button press away. Clicking the smartwatch’s Side button, opens up the Dock, which promotes easy access to the frequently used apps. In watchOS 4 the Dock’s functionality is enhanced with the help of three changes detailed below.

As you already know the 4th watchOS generation will become available to the general public this fall. Nevertheless, the new software has already been previewed during the WWDC 2017 keynote, and beta test versions for Apple Developers have already been issued. This is how we got the chance to toy with it and share all the upcoming changes. You can also install watchOS 4 beta on your smartwatch with the help of this trick.

1. Vertical App Scrolling
Apps are now unfolding vertically when you browse the Dock. The initial horizontal scrolling was strongly resembling the iPhone and iPad’s App Switcher functionality, but was less practical for the wrist-worn device. Additionally, in watchOS 4 you can turn the Digital Crown to browse the applications featured in the Dock. You can still swipe to scroll, but now you have to do it upwards or downwards and not sideways, because of the new Dock orientation. 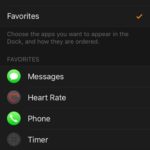 2. Dock Ordering
Now you can choose what apps you want to store in your Apple Watch’s Dock. You can either enable easy access to the most recent used software or the applications you favor. This setting is available on in the Apple Watch app available on the paired iPhone.
How To: Open it and make sure you’re viewing the My Watch tab. Next, tap on Dock and select one of the two available options: Recents or Favorites.
Fact: If you opt for Favorites a default list of preferred apps is displayed on the screen. You can tap Edit in the top-right corner and tweak the apps that you want to include in the Dock.

3. All Apps Button
Last but not least there is a handy little shortcut available at the end of the list. No matter if you’re using the Recents or Favorites option, whenever you scroll the Dock until the end of the list you’ll get the All Apps button. Tap it and it will open the app bundle Home screen.
Tip: watchOS 4 brings a significant option to the Apple Watch app Home screen, allowing you to switch from the classic honeycomb view to the List view.