Posted in Errors and Issues by Patricia on October 14, 2022 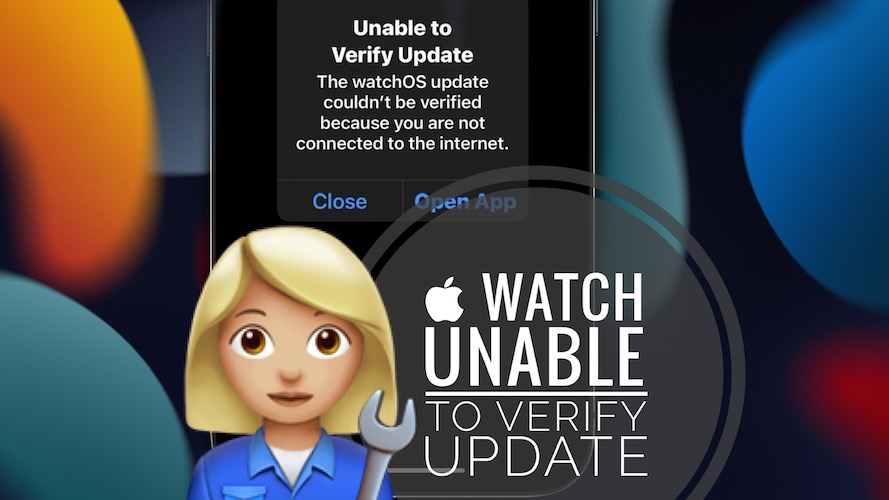 Are you getting the Apple Watch unable to verify update error? Does this happen when you try to update Series 3 to watchOS 8.7.1? iOS informs that you are not connected to the Internet, but that’s obviously not the case!

This issue has been reported by Susan on our watchOS 8.7.1 review page:

How To Fix Apple Watch Unable To Verify Update

We’ve found many other similar reports on the web and also a few fixes confirmed by users:
(Update 3, October 24)

Apple has finally fixed this issue in iOS 16.1! Update your iPhone to the most recent release and watchOS 8.7.1 update will work on your Apple Watch 3!

Thanks for confirming this fix Robb, Armando and all others!

(Update 2, October 24)
Apparently, the only way to fix this issue is to bring your watch to an Apple Store and ask for a manual update to watchOS 8.7.1.

Tip: Apple will release iOS 15.7.1 and iOS 16.1 today. Do update and let us know if it helps. Else, the only option remains to bring or mail your device to an Apple Store.

A troubleshooting attempt that hasn’t been mentioned before, implies depleting the Apple Watch battery completely:

Fact: This fix was apparently suggested by Apple Support and shared by a Reddit user. Please confirm if Apple Watch is able to verify update after trying this fix!

Users that have contacted Apple support, have been instructed to use an iOS 15.x running iPhone to be able to complete the watchOS 8.7.1 update. Apparently, a bug in iOS 16 is bricking the upgrade. You can try the following:

Fact: This fix hasn’t been confirmed! Please use it at your own risk, share your feedback in the comments and let us know if you had success.

Thanks Harrya Harrya for sharing these fixes: 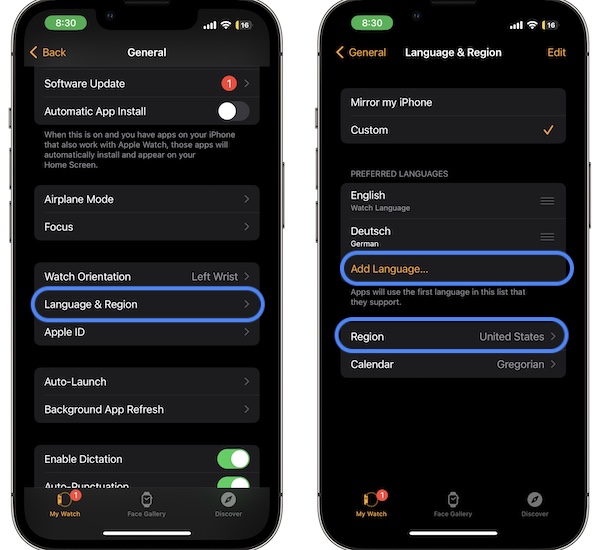 Apparently, changing the country and language will allow your Watch to verify the update:

A Reddit user has confirmed that watchOS 8.7.1 has been verified and installed on the Apple Watch 3 after disabling Cellular data on iPhone and rebooting both devices!

Please try the same and let us know if Apple Watch unable to verify update still pops up?

Another way to fix the stuck on ‘Paused’ watchOS update requires you to remove the Watch app from the paired iPhone and reinstall it:

Did you manage to fix Apple Watch 3 unable to update watchOS 8.7.1? Do you have a better solution or other problems to report? Share your feedback in the comments!

Related: Apple Watch 5 freezing after watchOS 9 update? Here is how to fix it!