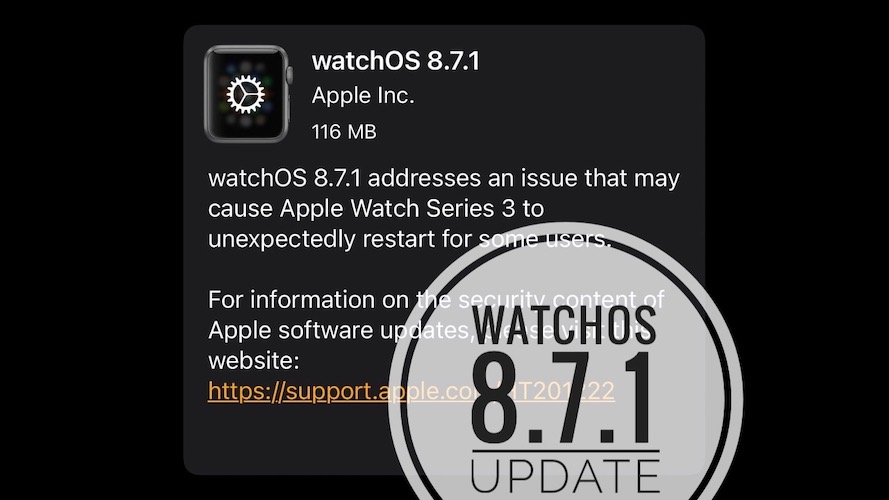 watchOS 8.7.1 not available for your Apple Watch? Update not showing up in the Software Update section. All that you get is watchOS 8.7 and the confirmation that Apple Watch is up to date with the latest bug fixes and security enhancements? 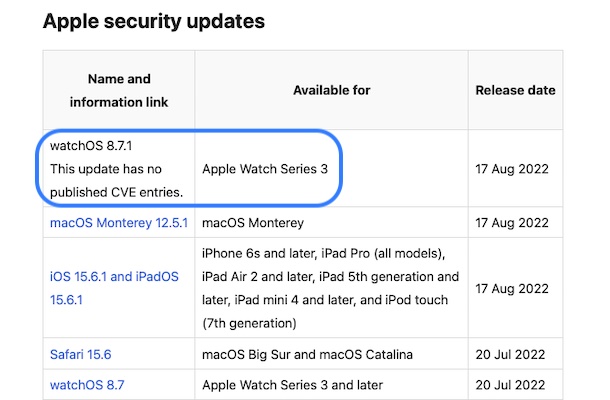 This happens to all Apple Watch owners that run a watchOS 8 version but don’t own the Series 3 model. (Source: Apple Support document.)

It’s fixing bugs that are affecting only the Series 3 watches!

Apple doesn’t even provide any CVE entries for this release, meaning that the update doesn’t bring any security improvements.

The only info that’s available about this version is available in the update log:

“watchOS 8.7.1 addresses an issue that may cause Apple Watch Series 3 to unexpectedly restart for some users.”

We couldn’t find any other notes in the news section of Apple’s Developer platform.

If you own an Apple Watch Series 3 you can install this update, over-the-air from the Watch app on the paired iPhone:

Fact: Build number for this release is 19U67.

Any issues reported for this release are mentioned below:

Have you installed watchOS 8.7.1 on Apple Watch? Did you spot any changes? Share your feedback in the comments.

Related: This could be one of the last updates to the 8th watchOS generation. watchOS 9 is currently in its advanced beta testing stages.