Posted in Errors and Issues by Patricia on December 19, 2022 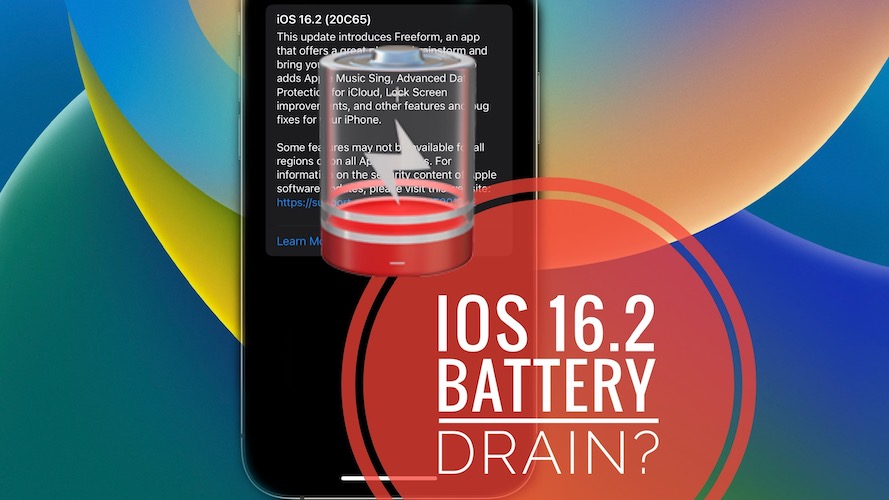 Having iOS 16.2 battery drain issues? Is your iPhone battery life bad after the latest update? Or, you’re getting the opposite? Has this version fixed battery draining fast problem, experienced in previous iOS 16 versions?

This problem has been reported by Terry:

“Battery draining very fast on iPhone 13 Pro after this update! what can i do?”

To be honest, or own devices seem to have a better battery life after updating to iOS 16.2, so we can’t confirm this issue.

However, I’ve found a bunch of other similar complaints on Reddit:

Reports are contradictory, because there are many other users that claim that this latest release has fixed the battery life problems encountered in previous 16.x versions:

Feedback: What’s your take on this? Does iOS 16.2 drain battery of your iPhone too? Share your feedback in the comments. Let us know your model and the version that you’ve updated from.

We’ve recently covered that a series of readers are hit by Apple Watch battery draining very fast after watchOS 9.2 update.

Some, even reported that the problem started after updating the paired iPhone to 16.2 and the Watch still on watchOS 9.1.

Many of them have managed to fix this problem by rebooting both devices and / or unpairing and re-pairing Apple Watch. That’s why we recommend the following:

A fresh start could kill any lingering processes that might drain battery after the iOS 16.2 update. Use the force restart combo for quick results.

Tip: If you’re using an Apple Watch reboot it too in the same time with your iPhone!

Also, make sure that a glitch involving the communication with a paired Apple Watch is causing the iOS 16.2 battery problems.

You can eliminate this potential cause by unpairing and re-pairing the watchOS device from the Watch app on your iPhone:

If iOS 16.2 battery issues persist, I recommend you to remove all Lock Screen widgets!

The Lock Screen has been completely revamped in iOS 16 and it might still not be fine tuned enough: 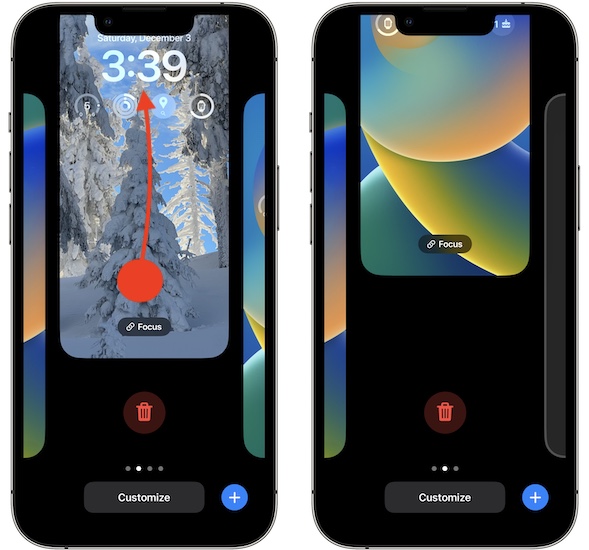 The next step is to remove all additional Lock Screens that you configured since updating to iOS 16.

Open the same Edit menu mentioned above and delete all Lock Screens. Keep only the original one, that you used in iOS 15.

Fact: Some users have confirmed that this workaround fixed the battery drain issue in previous iOS 16 versions!

If iOS 16.2 battery drain continues, your next option is to reinstall this build using a computer (Mac or Windows) and the Finder or iTunes software.

You also need a Lightning to USB (USB-C) cable to connect iPhone to computer!

How to: Use this step-by-step guide to reinstall any iOS version on your device!

Last but not least, if your iPhone had a better battery performance in previous iOS iterations you can revert to them while it’s still possible:

Have you managed to fix iOS 16.2 battery drain on iPhone? Do you have a better solution or other problems to report? Share your feedback in the comments.