How To Enable App Tracking Permission Popup In iOS 14 (Allow Or Not?) 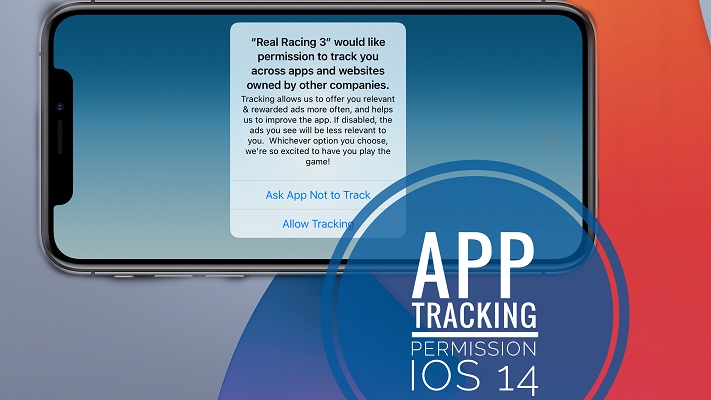 Have third-party iOS apps started to ask you if you would like to grant them ‘permission to track you across apps and websites owned by other companies’? This is a new iOS 14 privacy feature, called app tracking transparency. Apple plans to impose it at the beginning of 2021. However, some apps have already started to comply with the upcoming policy change and have introduced the iOS 14 tracking permission popup.

In fact, Apple planned to force app developers to ask users for permissions to be tracked as early as this fall, but has delayed the measure after big players from the advertising market have asked for more time to prepare for this change. Big social media companies that rely on ads to monetize, could be seriously affected by not being to able to track users and serve highly targeted ads. Advertising efficiency rates will plummet, same as the advertisers’ interest in investing in ads on these platforms.

The app tracking permission prompt has a standard format. The title describes the permission that you’re asked for. The app’s name is the only variable.
Title: “[app name] would like permission to track you across apps and websites owned by other companies.”
The content of the dialog box can be edited by the app’s developer to best explain why the permission is needed and convince the user to grant it. An example is available below:
Body: “Tracking allows us to offer you relevant & rewarded ads more often, and helps us to improve the app. If disabled, the adds you see will be less relevant to you. Whichever option you choose we’re so excited to have you play the game!”
Credits to the Real Racing 3 App Store game.

The app tracking permission popup comes with two options: Ask App Not to Track and Allow Tracking.
As some noticed ‘Ask App Not to Track’ doesn’t equal ‘Prevent App from Tracking’. It’s unclear yet if a third-party app will be able to continue to track you, even if you opt no to be tracked. Most likely, the semantics will change when the tracking permission will become mandatory in 2021.

How To Enable App Tracking Transparency In iOS 14

Until apps are forced to ask you for a permission to be able to track you across other apps and websites, you can manually enable this feature in Settings:

Should You Allow App Tracking Or Not?

The easy and first impulse answer for many is to choose to disallow apps from tracking you across apps and websites owned by other companies. For sure, this is the best option to increase your privacy. However, before you take a final decision, consider the consequences.

If the majority of iPhone and iPad users choose to block apps from tracking and thus considerably diminish their advertising revenue, developers could be forced to change their monetizing strategy and ask for paid memberships instead. This means that apps which are now free, and rely on ads as their main source of income, could become paid. This could be a similar maneuver to the one performed by popular online newspapers, when they introduced paid subscriptions, because in-browser ad-blockers started to become popular.

What’s your take on this? Do you plan to allow apps that you use often to track you or not? Share your feedback and let us know why you are pro or against tracking! Use the comments section available below.

Related: iOS 14 has introduced many other privacy related features like:
– Apps now require permission to connect to your local network.
– App pasted from clipboard banner notification.
– Private Wi-Fi address for your iPhone and iPad.
– New orange / green status bar indicators that show when the microphone or camera are accessed by an app.
– New restrictive Select Photos… permission for third-party apps that want to access your iPhone photos.