How To Create, Use And Edit A Memoji In iOS 12 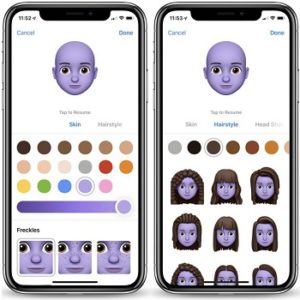 How to make a Memoji.

Animojis have been a real hit last year when they have been introduced along the iPhone X and iOS 11. Users love to interact with the help of the funny faces that are able to pick up your facial expression and deliver your message to another iOS recipient. One year later, iOS 12 has been released and Apple has continued to develop the Animoji environment. Besides making the feature available during FaceTime calls it also allows the user to create and edit his own cartoon character.

This feature is called Memoji and you can configure as many of them as you want as you want. There are numerous settings available that allow you to make it resemble with yourself as much as possible. You can edit physical traits like: head shape, hair color, ears, eyebrows, nose, lips, skin tone and much more. You can even add freckles if you also own them in real life! More, you can also accessorize your Memoji with earring, heats, headpieces and eyewear.

How To Create A Memoji
If all the above raised your interest here is how you can make your own Memoji. Be aware that his feature is available only on iOS devices owning a TrueDepth Camera hardware. Currently you can get it on the iPhone X, iPhone XS and iPhone XS Max: 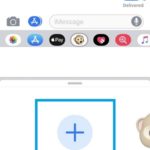 1. Open the Messages app
2. Enter a conversation thread, with a contact.
3. In the App Drawer available in the lower part of the screen, tap the Animoji icon (a monkey).
4. Scroll all the way to the right until you see the “+” icon, stating “New Memoji”.
5. Customize your Memoji. You first have a blank face that you have to make it resemble to you. Start with the skin tone and indicate if you have freckles or not. Continue with Hairstyle, Head Shape, Eyes, Brows, Nose & Lips, Ears, Facial Hair, Eyewear, and Headwear.
Tip: Your Memoji is active while you tweak its appearance. You can try to perform various facial gestures to see how your character looks like while editing different options.
6. When ready tap “Done” available in the top-right corner of the screen.
Fact: You can create as many Memojis as you want!

How To Edit Your Memoji
If you want to refresh your appearance every now and then you can edit a Memoji at any time.
1. Open the Messages app.
2. Pick an available conversation thread.
3. Tap the Animoji icon (monkey face) from the App Drawer.
4. Pick the Memoji that you want to edit and tap on the icon available in the bottom-left corner of the screen (the three little dots).
5. Tap “Edit” to tweak your Memoji and perform the desired changes.
6. Hit “Done” when ready to save your edits!

How To Delete A Memoji
In case you want to ditch one of your animated characters simply repeat steps 1 to 4, from the “Edit Memoji” tutorial and instead of choosing “Edit”, tap on “Delete” and confirm your selection.
Tip: You can also pick the “Duplicate” option if you want to build a new Memoji and wish to have a starting base.

How To Use A Memoji
In iOS 12 you can use Animojis and Memojis in a bunch of new ways:
1. Memoji Video: First of all it’s the classic video that you can record in the Messages app and share it with your friends via the iMessage system. In order to achieve this you have to:
-> Open a conversation thread.
-> Tap the Animoji icon available in the App Drawer.
-> Swipe for your Memoji.
-> Tap the red record bottom available in the bottom-right corner of the screen to start your recording. Hit it again to stop.
-> Tap the blue arrow to send your video message.
Fact: In iOS 12 you can record Animoji videos up to 30-seconds long. 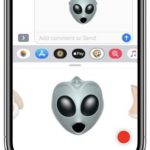 2. Memoji Sticker: You can also send a quick reaction with a frame of your facial expression to spice up the conversation. This is done from the same window as the Memoji video, but instead of pressing the red button to record, you have to tap the Memoji while you’re performing the desired facial expression. Use the same blue arrow to dispatch the sticker.
Tip: You can also drag and drop the Memoji screenshot in the message thread if you want to send it to another message or to add it to an existing photo. 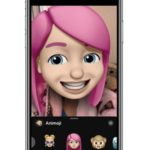 3. Memoji in Camera App: You can use the Memoji within the Camera app to snap a picture, while you’re wearing one of the animated emoticons. What you have to do is:
-> Open the Messages app and enter a conversation thread.
-> Tap the Camera icon, available on the left side of the new Message chat bar.
-> In the Camera viewfinder, tap the Effects icon (star-shaped) available in the bottom-left corner.
-> Select the Animoji icon (monkey) and pick the desired Memoji.
-> Tap the Photo button to snap a frame and save it to the Photos app. The image can be edited, marked up and shared with your friends!

4. Memoji FaceTime Call: In iOS 12 you can used Animoji and Memoji during a FaceTime call. All that you have to do is:
-> Dial a FaceTime call, from the FaceTime app or directly from the Messages conversation thread, with the help of the new shortcut described here.
-> Tap the “Effects” icon available in the bottom-left corner of the screen.
-> Choose the animated face that you want to use and the effect will be added on top of your face during the FaceTime call.
Tip: If you tap the “x” available above the Animoji menu you can also add other visual effects to your conversation!

Fact: Did you know that in iOS 12 Animojis and Memojis will react to winks and to tongue movement? Try it out and entertain yourself and your friends! Read more here.