How To Fix Shazam Music Recognition Not Working (No Result) 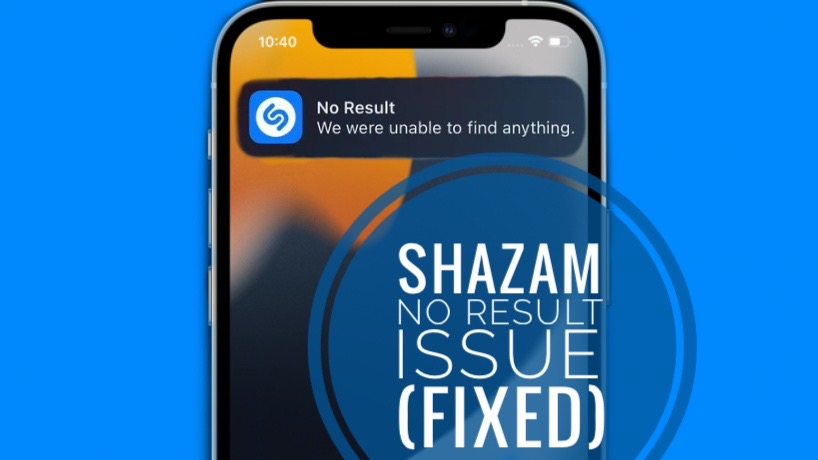 Is Music Recognition not working on iPhone? Are you shazaming songs in iOS but the app returns a dull No Result notification, stating that ‘We were unable to find anything’. Is Shazam failing to recognize music every time no matter how popular or not a track is?

This is a music recognition issue that I’ve encountered while running the iOS 15 Public Beta 2. However, we’ve just received a bug report from reader Mark W. complaining about an identical problem in iOS 14.6.

How To Fix Music Recognition Not Working

If you’re encountering the same Shazam no result bug apply these tips to attempt to fix it:

The first troubleshooting sequence for such glitches implies force restarting your iPhone. A fresh reboot can filter out minor problems.

How to: Click and release Volume Up, followed by Volume Down and finally press & hold the Side Button until the screen turns black and the Apple logo is displayed. Be patient until device reboots. Type your passcode and try shazaming for a song one more time. Does it work?

Also, check if by accident you or someone else haven’t messed up with the Shazam settings and have revoked the app’s access to your iPhone’s microphone.

How to: Go for Settings -> Shazam -> Microphone.

Extra Tip: Make sure that Cellular Data (Mobile Data) is enabled too, to allow Shazam to communicate with Apple’s servers when you’re not connected to a Wi-Fi hotspot. Nevertheless, Shazam should be able to work offline without problems.

If Music Recognition still doesn’t work, your next option is to delete and re-install the Shazam app on your iPhone or iPad. In fact, a better option that provides the same results is to offload the app. This way you keep your shazams history and the rest of your data.

How to: Open Settings and browse for General -> iPhone Storage -> Shazam. Tap on Offload App. Select Offload App once again to confirm. Next, tap on Reinstall App.

In most cases when Shazam returns the No Result notification, the music recognition feature is accessed from the Control Center. Try to remove the toggle and add it back to see if it makes any difference.

How to: Go for Settings -> Control Center and tap the red ‘-‘ icon next to Music Recognition. Now, scroll for the More Controls section and add the toggle back.

If you reached this step and Music Recognition in Control Center is still not working you do have to wait for an upcoming software update that will address this bug.

However, you can still use your iPhone to recognize songs. Just bypass the Music Recognition toggle and open the Shazam app directly, or an even better workaround is to add a Shazam widget to the Home Screen!
How to:

Have you managed to fix Music Recognition not working on your iPhone? Did one of the above troubleshooting methods work? Share your feedback in the comments section.

Related: Did you know that you can get up to 5 months of free Apple Music subscription via Shazam?